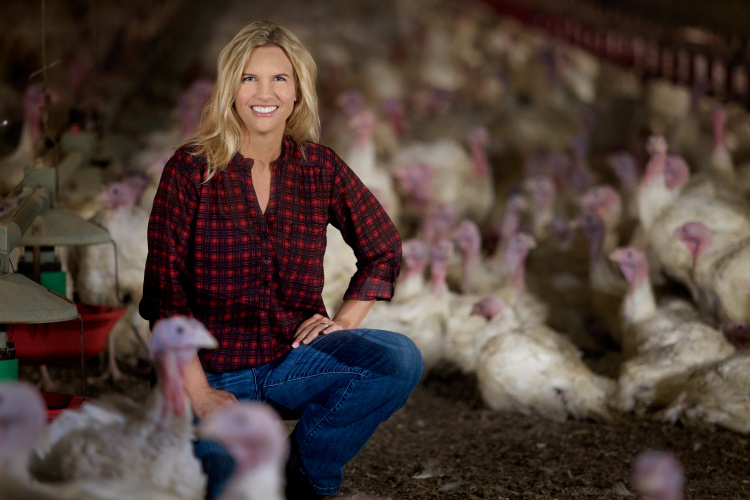 Turkey farmer Shawna Humphrey taps into her motherly instincts to care for the 90,000 turkeys her farm raises each year.

Bird welfare ranks of utmost importance to Shawna and her husband, Steven. They are among the family farmers who have made Indiana the nation’s third-largest state in terms of pounds of turkey produced, according to 2014 data from the Indiana Agricultural Statistics Service.

In 2014, Indiana farmers raised 19 million turkeys, a 43 percent increase in 10 years, according to NASS. Paul Brennan, executive vice president of the Indiana State Poultry Association, credits the state’s growing industry to expansion in the state’s turkey processing, a balanced regulatory environment, availability of Indiana-grown grain and the quality work of Indiana farmers themselves.

“Family is the story of the Indiana poultry industry,” he says. “The majority of all my members are family-owned operations.”

Family owned since 1982, Farbest supplies fresh and frozen turkey products to brand-name processors throughout the U.S. and 23 countries. The third-generation family company processes around 15 million turkeys annually at its plants in Huntingburg and Vincennes in southern Indiana, Downes says. More than 200 farmers contract to raise turkeys for Farbest, all within 100 miles of its plants.

At the Humphrey farm near Salem, turkeys roam freely in their barns, eat a nutritionist-guided diet and interact with humans daily.

The family’s four sophisticated barns use computer systems to regulate ventilation, light and temperatures. For the babies, known as poults, temperature requirements peak at 96.5 degrees, Shawna says. For birds 8 weeks and older, ideal temperatures fall within 60 to 68 degrees. Fans and foggers help cool the barns in Indiana’s summer heat. 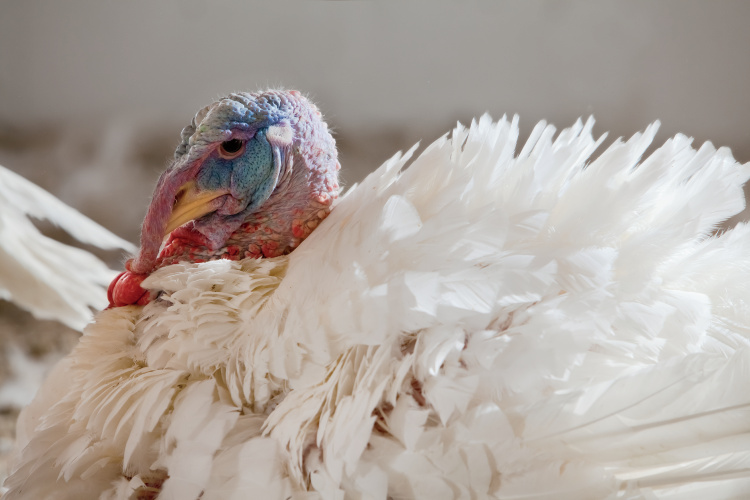 Turkeys roam throughout the 50-by-500-foot barns on the Humphrey farm and access fresh food and water 24/7. An automated feeding system provides food the length of the barn. Nutritionists recommend proteins, probiotics (a feed supplement containing live cultures of “good” bacteria that benefits the animals) and important vitamins and minerals based on a bird’s age and size. That diet includes a lot of corn and soybeans, plentiful in Indiana. Turkeys at the Humphrey farm grow to an average 43 pounds at 20 weeks of age. In that time, a flock of 24,000 birds eats about 2.2 million pounds of feed, Shawna says.

“There are 14 types of feed that the birds will go through in their life,” she says. “About every week and a half they are changed to something different to fit their needs.”

Beyond food and comfort, biosecurity is important in turkey care, too. Farbest implements shower-in, shower-out rules at its nine company-owned brooder farms that house baby poults. This means that before entering the barns, all personnel have to shower first and wear farm-approved clothing, and then shower again before they leave. Birds arrive to most contract growers at 5 to 6 weeks old, Downes says. Farbest even cleans trucks and equipment that travel between farms. 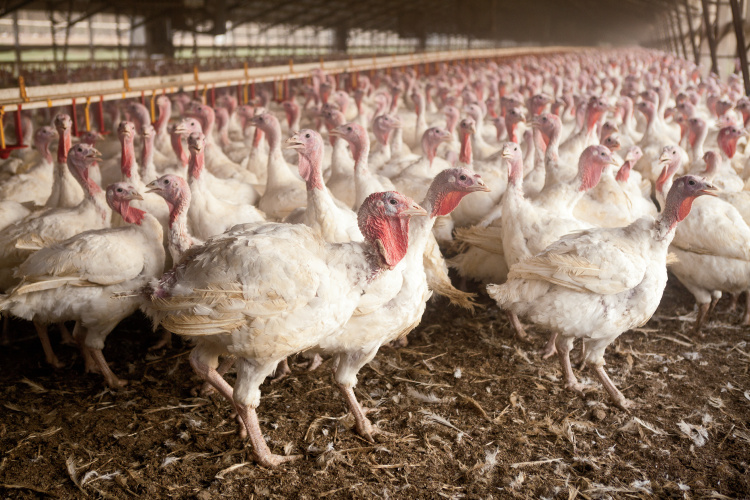 “Biosecurity is important not for human protection; it’s important simply for our turkeys,” Downes says. “We do everything to protect our birds from outside disease.”

Likewise, the Humphreys power wash and sterilize the facilities from ceiling to floor in between flocks. It’s a lot of work, but turkey farming inspires Shawna, a California farm girl whose husband brought her to Indiana.

“I tell my children you need to find your motivation in life,” she says. “This just motivates me. I love what I’m doing. I love the birds.”

Tagspoultryturkey
← Previous Story
[QUIZ] How Well Do You Know Indiana Agriculture?
Next Story →
Where to Find Indiana Corn Mazes