Getting Cultured in Goat Cheese from Capriole, Inc. 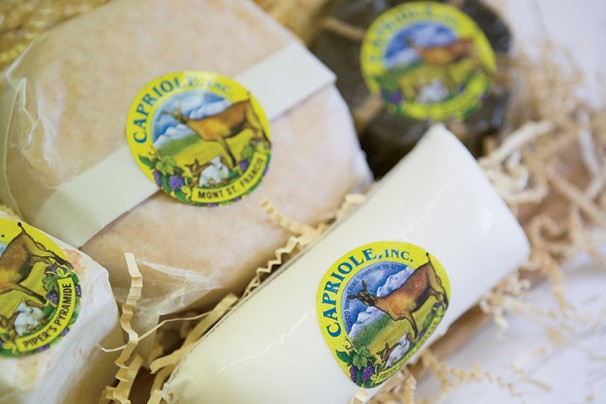 Searching for something local for your next cheese plate? Look no further than Capriole Inc., a southern Indiana-based company that produces a variety of handmade artisanal goat’s milk cheeses.

Judy Schad, Capriole’s owner and president, was born and raised in New Albany. Her grandparents owned a small farm nearby, giving her a solid connection to rural life throughout her childhood. After marrying her husband, Larry, in 1964, Schad kept busy teaching English and raising her three children, Matthew, Kate and Sam. However, the “farm thing always kind of called me,” she says.

In the mid-1970s, the Schads purchased an 80-acre farm in Greenville. The family’s move took place toward the end of the “back to the land” movement, and Schad liked the idea of raising useful animals.

“Like all crazy city people who come to the country, I had one of everything,” she recalls. The family’s first goat was “so awful I don’t know why we ever got the second one,” Schad says. However, after seeing the goats on display at the Indiana State Fair, the Schads purchased one as a 4-H project for Matthew. The second goat ultimately became one of the farm’s herd mothers.

Schad says it’s easy to become enamored with goats. “They would sit in your lap and stand on your dining room table if you let them.” 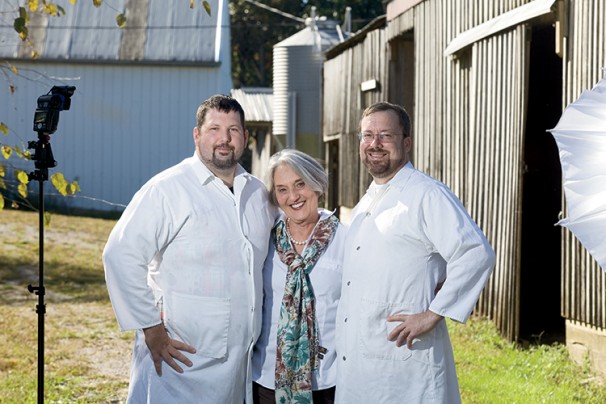 The Schad herd quickly multiplied. Unfortunately, goat’s milk was not popular with her children. “They were used to drinking 2 percent milk out of a plastic container, and they could tell the difference,” she says.

In an effort to use the milk, Schad took a cheesemaking class and began making fresh cheese in her kitchen. At first, she didn’t have the right equipment, so it “wasn’t very good,” she admits. After tasting some exceptional cheese from Massachusetts, however, she became convinced that goat’s milk was meant to be made into cheese.

Around 1985, the Schads took the plunge and purchased some small-batch cheesemaking equipment. Several years later, they leased a space at Huber’s winery in Borden and began making tiny amounts of cheese there. After just two years, their production had outgrown the facility, so the family built a cheese plant at Capriole Farms. Although the plant is very small, they produce a lot of cheese, Schad says. 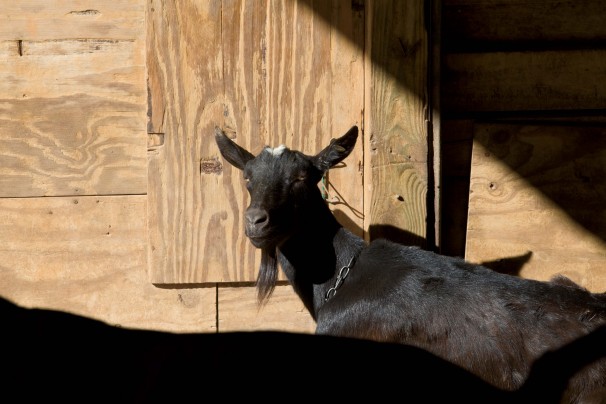 Almost any cheese can be made from any kind of milk, Schad explains. “The only difference is in how the milk itself reacts.”

Goat’s milk cheeses end up silky and finely textured, and are lower in fat than most cow’s milk cheeses. Sheep’s milk, in contrast, is much higher in butterfat and solids, resulting in a heavier cheese.

Fresh lactic curd cheese takes three days to produce, Schad says. The milk must be pasteurized, cooled and allowed to coagulate. After the appropriate level of acidity is reached, the cheese is drained and packaged for sale.

Finally, the production of aged cheese requires a completely different process from fresh cheese. The milk is heated to a much higher temperature, and larger amounts of culture and coagulant are used. As a result, “the milk sets up in about 30 minutes,” Schad says. After being molded, the cheese ages for four to five months. 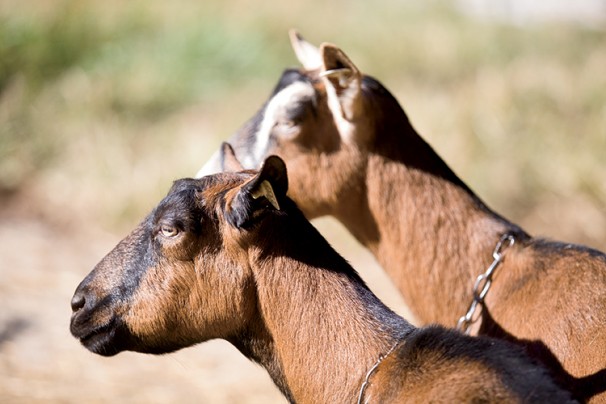 A New Era for Capriole

By late 2012, Capriole’s herd had grown to around 500 animals. After running out of space for expansion, Schad made the difficult decision to sell her goats and concentrate on cheesemaking. She talked to a number of potential purchasers and found her match in Goshen-based dairy farmers Tim and Karmen Clark. While the bulk of the herd now resides at Tuckhill Farms, Schad still keeps about 15 of her “retired girls” at Capriole Farms.

Combining the Capriole herd with the animals already owned by the Clarks caused some initial growing pains. However, milk production has remained consistent. Chris Osborne, Capriole’s plant manager, hopes for a substantial increase by late 2014.

With its cheese currently being distributed across the U.S., Capriole needs all the milk it can get. The team, which consists of Schad, Osborne and four other workers, uses upwards of 1,200 gallons of milk to produce about 1,200 to 1,500 pounds of cheese every five days. “We’re busy,” Osborne says. “We’re selling out pretty much on a weekly basis.”

What makes Capriole cheese stand out from the crowd? Schad feels the quality of the milk used plays a key role. Beyond that, “It really is about the craft,” she says. “We try to become the best at what we do.”

Osborne believes the care and hard work that go into the cheese make a difference. “We put a lot of love in it,” he says. 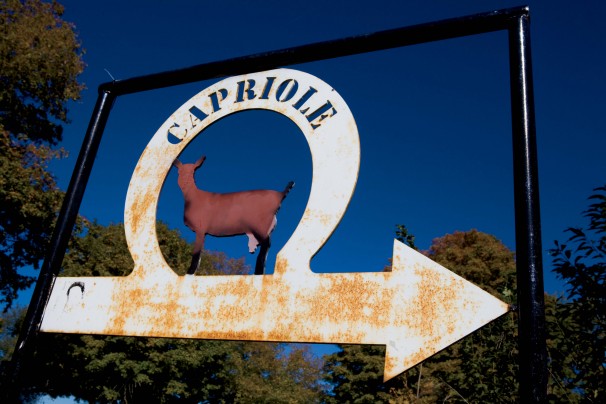 Ready to sample some Capriole cheese? Call (812) 923-9408 to place an order or find a distributor near you. You can also visit capriole.com to learn more about this farm business and its offerings. We’ve also compiled a variety of goat cheese recipes here.