Growing up in Indianapolis, Robert Lamb had no connection to agriculture other than visits to a friend’s family farm – but he had a dream. After joining the Air Force, Robert and his wife, Diana, were stationed in Italy when his father-in-law mailed Robert a newspaper clipping about a farm back home. Taking a leap of faith, Robert and Diana rented the 240 acres, sight unseen. After returning to Indiana, they dove headfirst into farming.

That was in 1963. Today, Lamb Farms Inc., owns 3,200 acres and rents another 6,800 acres near Lebanon in Boone County. Robert, Diana, and two of their five children, Don and Dean, own Lamb Farms. Dean’s two sons are among their 10 full-time employees. 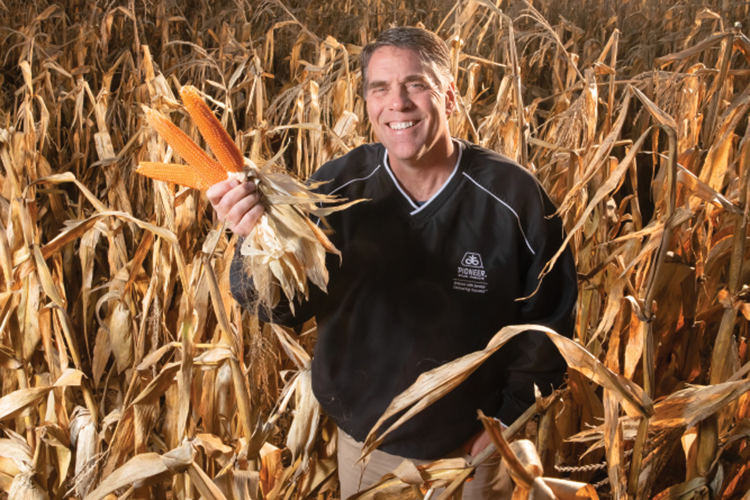 Don says he would not want to farm without his brother, and claims Dean feels the same way. “We enjoy each other and complement each other,” Don says. “There is no family business that doesn’t have some struggle, but for us, it’s been really good.”

To farm well is to value the soil they’ve been given and to restore its nutrients from year to year, according to Don, who says his dad is the biggest advocate for conservation practices. “My brother and I would be more likely to say, ‘Let’s just knock this field down,’ but my dad, who’s still heavily involved in the farm, has the better perspective of what’s really important. At 82, he’s taking the long view, and that motivates me,” Don says.

In the 1990s, the Lambs began composting. By 2008, composting had become its own division of Lamb Farms, an enterprise now called AgRecycle. Organic waste – such as horse and turkey manure – yard waste, corn shucks from a nearby seed corn plant, and even the cardboard and paper from the farm office are all turned into compost on a 10-acre site certified by the Indiana Department of Environmental Management. The compost is spread on Lamb Farms’ fields and sold to other farms and to the public. 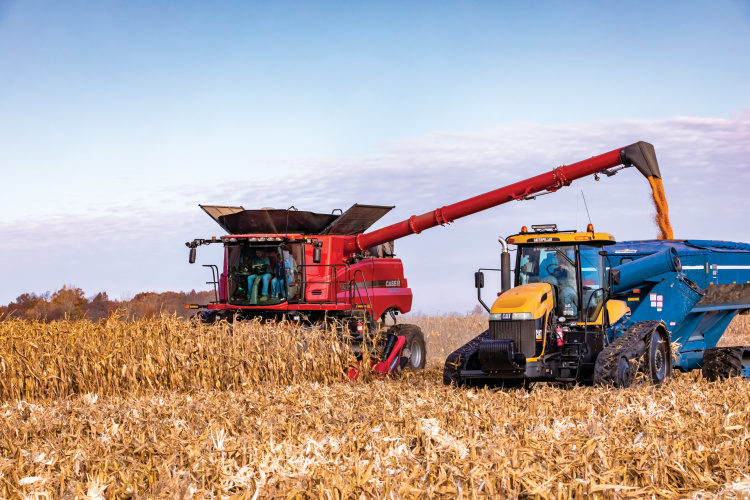 Don believes agriculture’s contribution to composting can be enormous. “My dream would be on-farm compost sites scattered all over,” Don says. “Agricultural sites should be the best clean-fill sites we have in this country. If every county had an agricultural compost site and it was standard practice to take compostable items there, that would be a win-win for everybody.”

In 2012, part-time employee Brian Smith had just returned from a trip to Kenya when he talked with Don about finding a way to serve others through agriculture. Eventually, Lamb Farms launched the nonprofit AgriStewards. Utilizing a curriculum called Farming God’s Way, Smith, who now runs AgriStewards, and others have traveled to more than a dozen countries to teach farmers ways to cultivate and care for the land that will yield the best results. “The curriculum takes six Biblical principles and applies them to agriculture,” says Don, who’s been to Haiti, Kenya and Jamaica with AgriStewards. “Those principles are exactly the same if you’re farming with a hoe on 1 acre in Africa or if you’re farming with all the technology that we have on thousands of acres.”

The Lambs share their message on social media as well. Last year, a Lamb Farms intern suggested Don make some videos about topics close to his heart. Don set up his lawn chair by the planter and talked about the devastating, rain-soaked spring of 2019. “I just tried to encourage people, saying we’re all in this together,” Don recalls. The Facebook post soon had more than 42,000 views. Don calls his chair-in-front-of-the-planter videos his “fireside chats.” He says the posts cover a variety of topics, but they are always designed to educate the non-farming public about what really goes into farming and to encourage and support other farmers.

The spread of urban living makes it imperative to make the best use of available land and to be good neighbors to non-farmers, Don says. “It’s a blessing to be able to farm. We want to keep being good stewards and good neighbors.”