Pick a Peck of Pumpkins at Harper Valley Farms 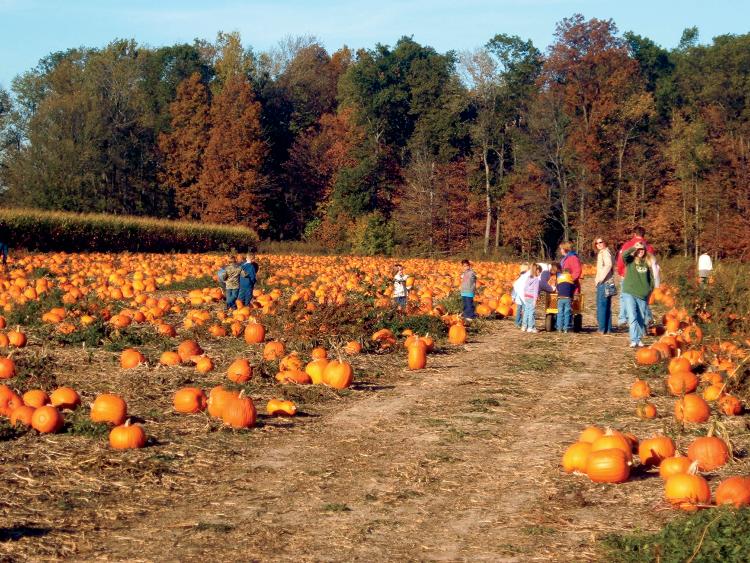 For Albert Armand, working the land is second nature. “I feel like I’ve always been a farmer. I grew up on a farm, and I don’t think there was ever any doubt in my mind what I wanted to do,” Albert says, who with wife Diane operates Decatur County’s Harper Valley Farms.

Over the years, the farm has grown from Albert’s initial 57-acre investment to encompass almost 500 acres of corn, soybeans and wheat. The Armands also grow produce, which they sell at area farmers markets, and raise hogs and cows. But perhaps their most popular crop is pumpkins.

“We’ve got 8 to 10 acres of pick-your-own pumpkins and gourds, plus another 5 acres that we use for stockpiling by the barn, for folks who don’t have time to visit the fields,” says Albert, who has been growing his own pumpkins since childhood. 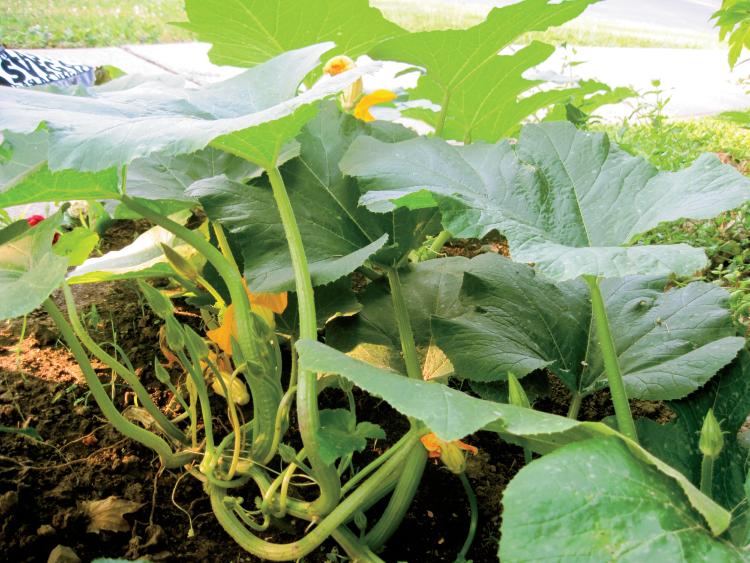 Weather permitting, the Harper Valley Farms pumpkin patch is open each fall from mid-September to Halloween, seven days a week. During that time, the Armands usually get several hundred visitors.

“I think our pumpkin patch is so popular because it’s a true farm experience,” Albert says. “People get to take their wagons out to the field and spend as much time as they want there. There’s no rush to get on a trolley back to the barn.”

While the Harper Valley Farms experience is refreshingly simple, it is not bare-bones by any means. There is a sunflower maze for children, and the Armands sell fall decorations like hay bales, chrysanthemums and shocks of corn. They also host a pumpkin festival in early October. 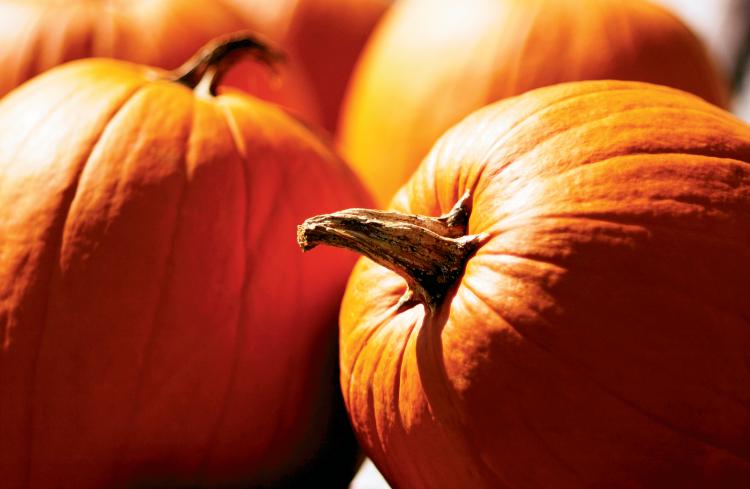 Having grown pumpkins since childhood, Albert has plenty of tips for customers who aren’t sure how to pick the perfect pumpkin for carving or baking.

For carving, Albert recommends a pumpkin that feels heavy for its size.

“That means the rind is good and thick. It’ll be a little harder to get a knife into it, but a thick rind makes a pumpkin last longer after it’s been carved,” he says.

He also shares a trick he once gleaned from a customer.

“If you want to make a jack-o-lantern, don’t take out the stem end and try to reach down inside,” he says. “Just make a square cut out of the bottom of the pumpkin and set the pumpkin down over the candle.”

For those who are planning to cook their pumpkins, the options are nearly endless.

“With all the true pumpkins and squash, you can cook those and make something out of any one of them,” Albert says.

Jack-o-lantern pumpkins have a familiar, traditional flavor, while squash pumpkins tend to be sweeter and milder. Many of his customers swear by buckskin pumpkins, especially for pie, because they have bright-orange flesh that keeps its color when cooked.

But Albert’s most important tips have nothing to do with the pumpkin’s type.

“Remember that a microwave is a wonderful thing when it comes to cooking pumpkins,” he says with a chuckle. “And don’t be afraid to try new ideas. Pumpkins aren’t that expensive, and you can get a lot of eating out of one if you’re so inclined.”