The History Behind the Indy 500 Race 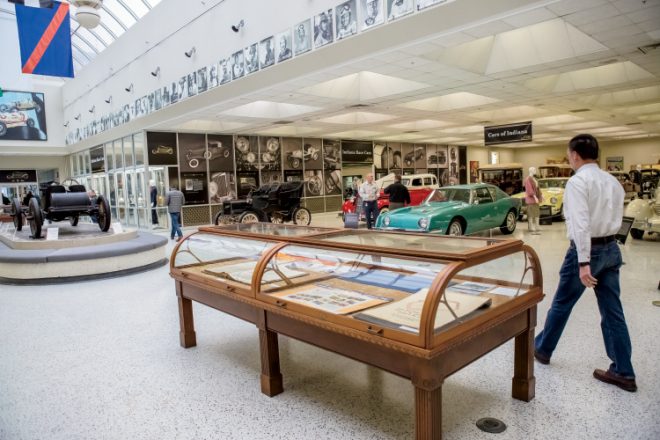 The Indianapolis Motor Speedway is the home of a 2.5-mile oval track that hosted multiple races in 1909 and 1910. Promotors then decided on the idea of one race with a distance of 500 miles to be held annually each May. For the past several decades, it has been held the Sunday of Memorial Day weekend.

On May 30, 1911, the first-ever Indianapolis 500-mile race took place, the longest this track had seen. Other races around the world boasted longer distances on rougher terrain than the pavement of the speedway, but the promise of excitement lured in an estimated 90,000 spectators that day. In fact, it’s this – the drama and thrill of the close race – that continues to entice between 200,000 and 350,000 spectators each year.

Race through time at the Indianapolis Motor Speedway Museum.

Known as the Greatest Spectacle in Racing, the Indianapolis 500 is said to be the world’s largest single-day race. Spectators fill the seats amidst the 220 miles-per-hour cars’ deafening buzz as each lap brings the drivers head-to-head in stiff competition. The Indy 500 continues to be a hugely popular must-see race throughout the world in large part because of the unexpected turn of events it creates.

In 1977, Janet Guthrie became the first woman to qualify, and since then 10 other women have competed, proving gender isn’t a barrier to competing in this legendary race. A lot has changed about the race – engine sizes, number of cars and genders – since that first Indianapolis 500 race, but the spirit has remained intact.