Take a Break in Rushville, One of Indiana’s Most ‘Stellar’ Communities 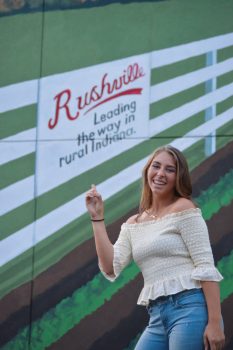 Rushville may be a rural city, but it’s one that refuses to be defined by outside expectations. Residents enjoy a slower pace of life that you would be hard-pressed to find in larger metropolitan areas. But don’t judge a book by its cover – there’s more to this bustling city than just small-town charm.

“This city is leading the way in rural Indiana,” says Mayor Michael P. Pavey. “In 2016, we were even named a Stellar Community by the state – one of only 12 communities to receive the honor.”

Rushville has some notable claims to fame: It was where Wendell Willkie’s 1940 presidential campaign was headquartered and was also known as the “Racing Home” of NASCAR legend Tony Stewart. Today, Rushville is making history in a new way by growing in popularity thanks to its exceptional schools, new business park, state-of-the-art hospital and millions of dollars in investment projects.

“You can call it revitalization, rejuvenation or even redefinition,” Pavey says. “We call it just the start.”

The best part is that you don’t have to be a resident to soak up all the fun and excitement Rushville has to offer. Here are a few must-see attractions and destinations you don’t want to miss.

Snap a Pic, Catch a Flick 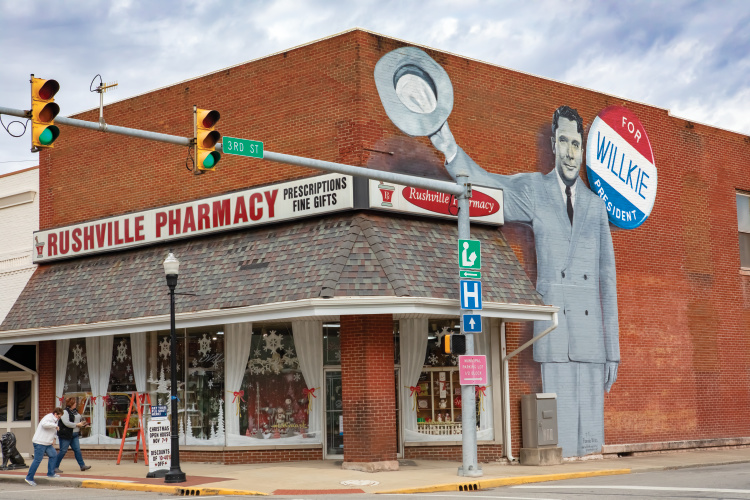 The Wendell Willkie Mural adorning the side of the pharmacy in Rushville’s historic downtown district is a must for anyone hoping to snap a memorable photo. This 35-foot-tall painting stars Wendell Willkie, the only native-born Hoosier to be nominated for president of the United States.

Princess Theatre is another distinct jewel in Rushville’s crown. Many small towns have been forced to say farewell to local theaters, and this one was actually closed in the 1980s. Fortunately, it has since undergone a renovation and recently reopened. Built in 1915 and initially used for plays and a myriad of other live performances, attendees can now enjoy modern releases in a historical setting.

For a small town of just over 6,000 people, Rushville is blessed with numerous outdoor recreational amenities. Order a cup of coffee to go from one of the local cafes and spend a leisurely afternoon exploring one of the meticulously maintained parks in the area. With around 40 acres to explore, you’ll have the space you need to take a breather and let the kids run wild in the summer sun. 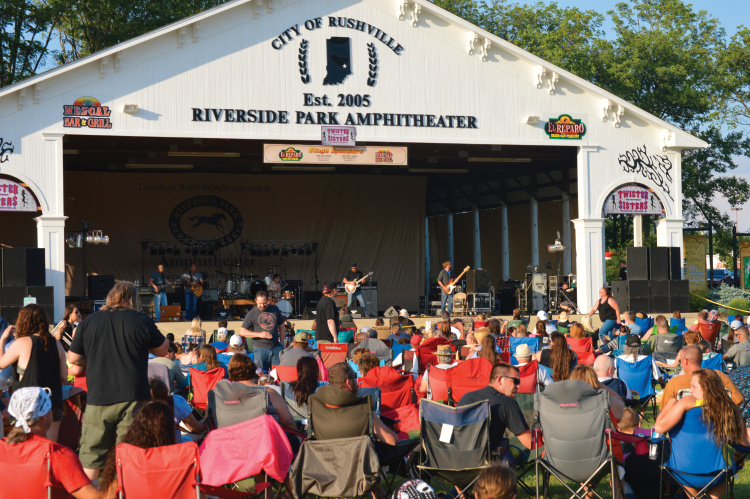 If you’re hoping for something a little more structured, take a sneak peek at the calendar of events at Riverside Park Amphitheater. Surrounded by beautiful, mature trees, the summer concert series at this unique outdoor venue makes for a one-of-a-kind date night or a memorable evening with friends and family.

Don’t forget to make a pit stop at Willkie Park. Nestled between Main Street and Second and Third streets, this historic spot is another must for downtown sightseers.

Eat Your Heart Out

Even though Rushville is a small town, its culinary offerings cover the map. From Japanese hibachi and sushi to family-style barbecue, there’s something on the menu for everyone. 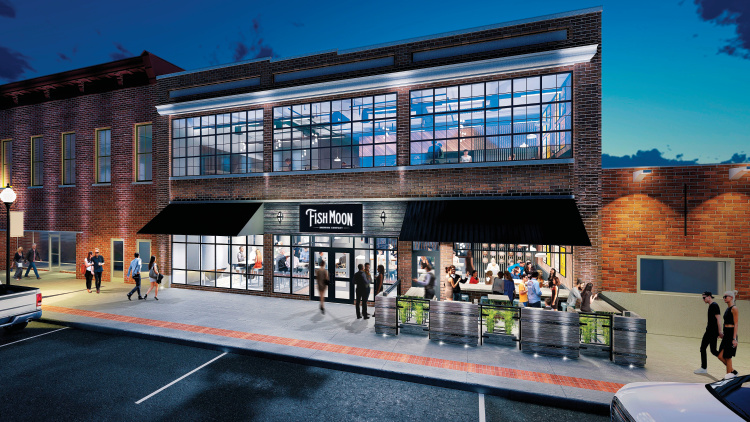 If you’ve never been to Rushville before, be sure to stop in for a cold drink at Fish Moon Brewing Company. Located in the historic downtown district, this new craft brewery boasts a variety of signature and cleverly named beers like the Fish Moon IPA, Small Town Ale and Flat Rock’D IPA.

Depending on the time of year, you may even be able to wander through the Heart of Rushville Farmers’ & Artisans’ Market. In addition to perusing fresh produce and handcrafted items, you can sign up for a morning yoga class, pick up a few homemade donuts and buy some plants to take back home.

Join in the Festivities 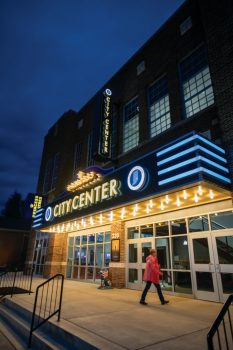 Before you plan your trip to Rushville, take a look at the events calendar to see what festivals might strike your fancy. From ¾ midget car races and an annual steam engine show to one of the biggest St. Patrick’s Day events in the region, you might be surprised to discover just how many activities are available.

That’s not to mention the exceedingly popular RushFest/Willkie Days. This annual event takes place on the third weekend of September and typically features a parade, a festival and a community concert. Residents and tourists alike agree that this is a can’t-miss event if you visit in the fall.

Whether you want to bring the whole family down for one of the seasonal festivals, spend a slow weekend meandering the markets or attend one of the free summer concerts in the park, you won’t be disappointed with the history, charm and beauty in Rushville.