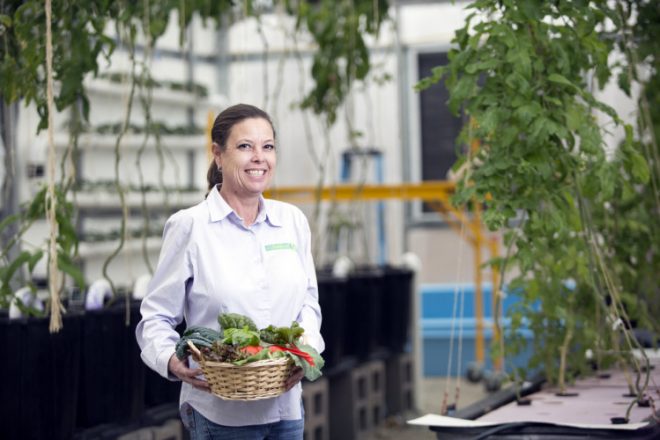 In the middle of a cold, snowy Indiana winter, something fishy is going on while Jeffrey Ginn harvests vegetables.

The ability to produce quality vegetables year round attracted Ginn and his wife Laura to aquaponics, a blend of aquaculture (raising fish), hydroponics (growing plants without soil) and the use of beneficial bacteria.

Their environmentally controlled greenhouse in Daleville operates on one continuous loop. Six hundred yellow perch excrete waste, bacteria break down the waste into nutrients that their 14 vegetables and fruits can uptake, and, in turn, the plants clean the water for the fish.

“What sold me on the system is the quality produce and the fact I can grow year round,” says Ginn, who calls their business Healthy Life Organics. “I’ll have tomatoes and cucumbers in February.” 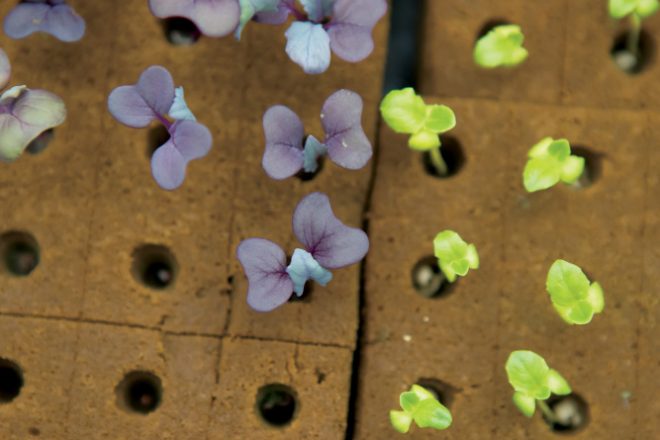 Stefanie Woodring enjoys the benefits of leafy greens and tomatoes without the weeds and precipitation concerns of a traditional farmer or backyard gardener. She’s in charge of daily operations at Get Fresh Farms, an aquaponics farm that includes 22,000 gallons of recirculating water.

Get Fresh Farms started in 2012 on the campus of Fort Wayne Metals in Fort Wayne. At the time, Scott and Melissa Glaze, owners of the custom medical wire manufacturer, also owned an Irish pub and invested in aquaponics to provide fresh fish and produce for the restaurant. Today, the aquaponics farm sells kale, tomatoes and herbs to an independently owned grocery store and several restaurants in the Fort Wayne area. Fort Wayne Metals employees buy the farm’s freshly harvested tilapia. 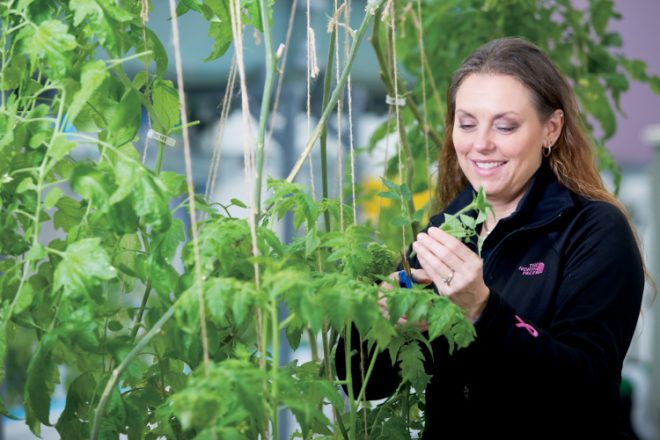 “I like that everything is connected,” says Trevor Dawson, the farm’s biologist. “You can’t do something in one area and not have it affect somewhere else. It shows that holistic approach.”

The farm employs four to seven people throughout the year. Employees check water once or twice daily for salinity, ammonia, nitrates, pH and dissolved oxygen, among other components.

“It’s a big balancing act to keep the fish happy, the bacteria happy and the plants happy,” Dawson says. 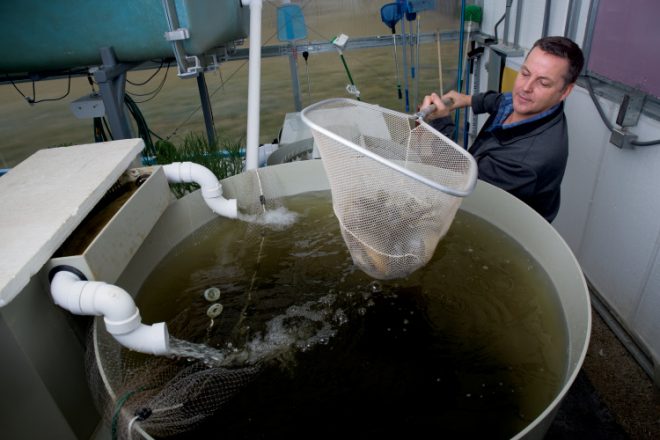 During the winter, the Ginns keep plants happy with a sustained 65-degree greenhouse and the use of grow lights. As a result, the shareholders in their Community Supported Agriculture program, or CSA, receive fresh, locally grown produce all year. They sell fish to people who are stocking ponds.

Educators at nearby Wapahani High School built a curriculum around the ECSIA system, which biology students operate. Indiana manufactures more than 95 percent of the components for the system, Ginn says. 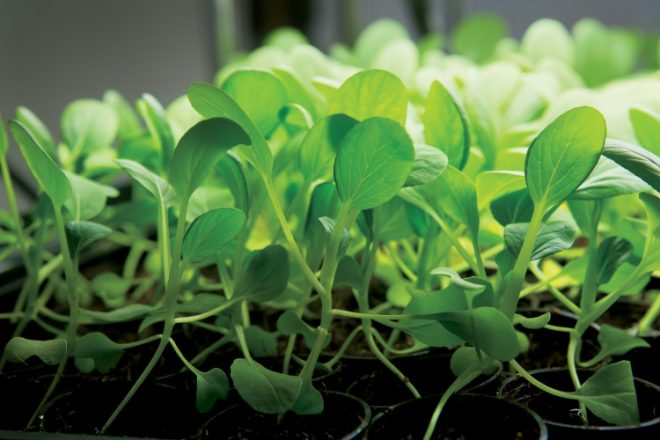 “We envision ECSIA systems in schools, nursing homes, hospitals, prisons and universities around the country and worldwide,” he says. “Laura and I believe that locally grown, healthy, nutrient-dense produce is essential for a longer, happier life.”

Keeping up with the demand for fresh, local produce ranks as their biggest challenge.

“I built the greenhouse big enough for two systems but don’t have capital right now to add the second one,” Ginn says. “I’m hoping to add another system to the greenhouse I’ve got, and I have room for two more greenhouses. We’ll see how that goes.” 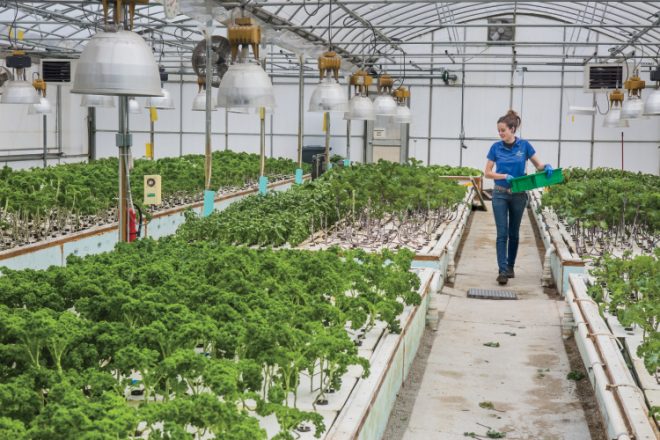 At about two years into the aquaponics business, the Ginns have hosted tours for people from six continents. Get Fresh Farms also frequently provides educational tours, often to university students.

Tour attendees see the tanks of fish, the vegetables growing in water and the pipes connecting the two systems.

“I think a lot of people miss that third element of bacteria,” Woodring says. “People kind of understand hydroponics and they understand raising fish, but putting those two things together and adding bacteria bring misconceptions about how that works.”

Dawson says most people assume that bacteria are bad when commercially raising fish. In reality, Nitrosomonas and Nitrobacter allow the aquaponics system to exist.

The bacterium known as Nitrosomonas converts ammonia to nitrite. Nitrobacter converts nitrite to nitrate that plants uptake as fertilizer. The result produces lush green plants, even in the middle of an Indiana winter.

“It’s amazing when you’re out there in January with a foot of snow outside and you’re inside harvesting fresh leafy greens,” Woodring says.