Get Up Close and Personal with Adorable Alpacas in Peru, IN 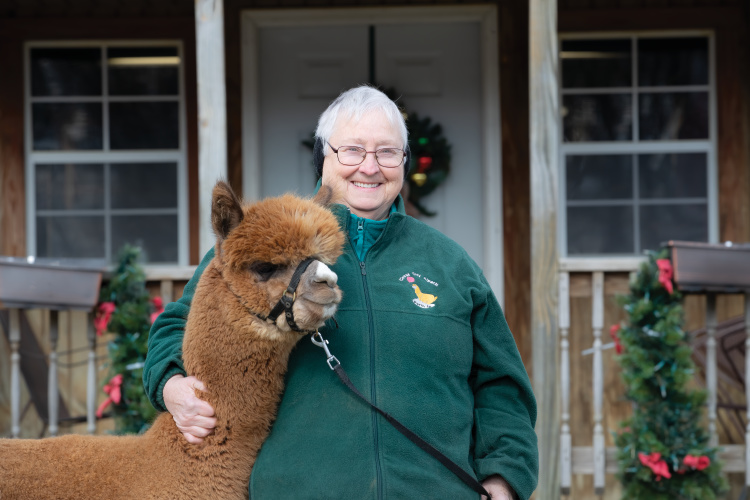 Andrea Hammersley had been tending to horses since she was 2 years old. But when she began thinking about retirement, the longtime medical technician knew she wanted to raise smaller, lower-maintenance animals. She’d always been fascinated with alpacas, but she didn’t know much about them – and besides, they were expensive.

In 2005, when she and her husband, Richard, bought a 77-acre farm in Peru, Indiana, he encouraged her to take the leap. 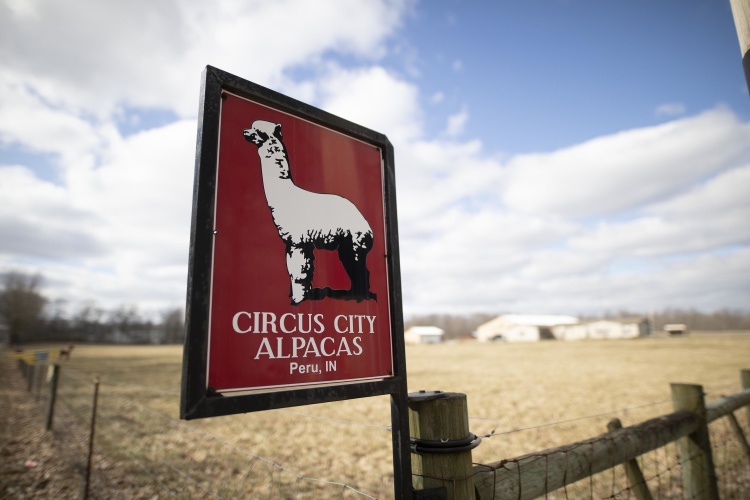 Fifteen years since she started her alpaca journey, Hammersley now manages 26 alpacas on 17 acres. All but one are Huacayas, a cuddly breed with crimped, fluffy hair that grows up to 6 inches a year, making them appear larger than they are. Hammersley also keeps a Suri alpaca, whose dreadlock hair swings back and forth when it walks. All of the animals are registered, microchipped, DNA-typed and tested for common viruses.

See more: The Healing Power of Horses for At-Risk Youth 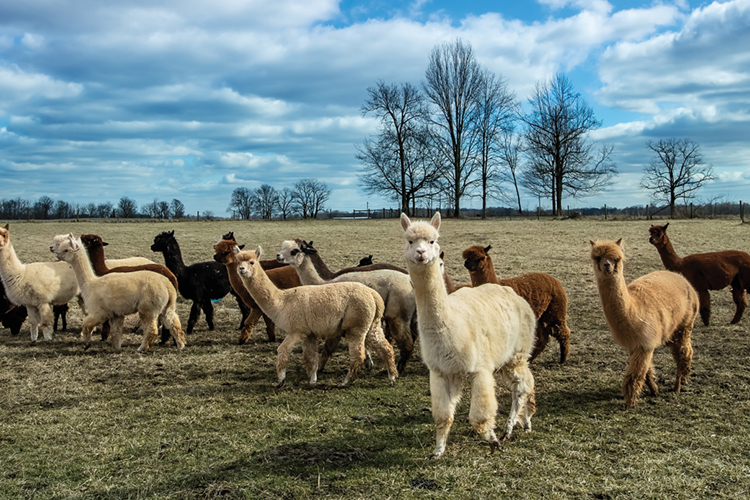 Despite deceptively long necks, the big-eyed alpacas stand under 3 feet tall and weigh less than 200 pounds. Hammersley describes them as “easy to manage and very kind.” They mostly eat grass or hay and don’t consume much compared to their larger counterparts.

“They’re probably the safest livestock animals you can have,” she adds. “The worst thing they could do to you is spit at you or kick you, and their kicks are like love taps compared to horses and cows, because they’re not very large.” 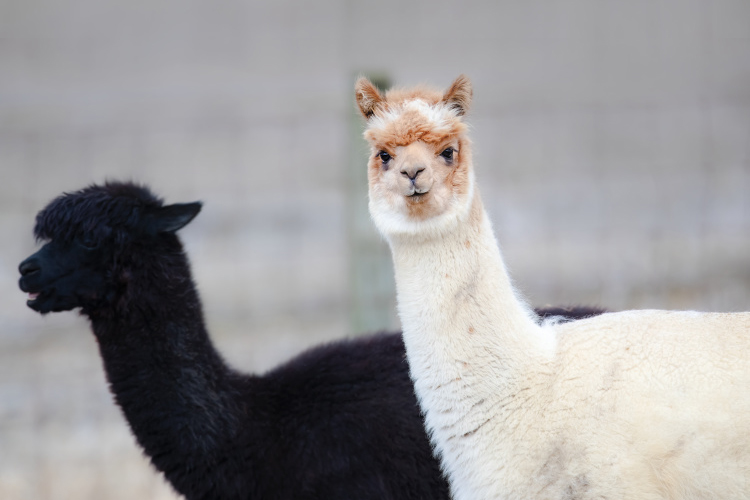 Alpacas are also genetically programmed to give birth in the daytime, a throwback to their origins in the mountains of South America, where at night temperatures drop dramatically and predators come out.

“Mother Nature has done a wonderful job of instinctively putting that into the alpacas so that the babies can be born, they can jump up and run around, and away we go,” Hammersley says.

By appointment, Circus City Alpacas opens for tours for preschoolers, nursing homes and other groups. Guests are allowed to hold the little ones, called crias, and snap selfies with them.

Hammersley, who also serves as president of the Indiana Alpaca Association, estimates that there are 80 to 100 alpaca farms in the state. Many provide homes for pets, therapy animals or public relations mascots. 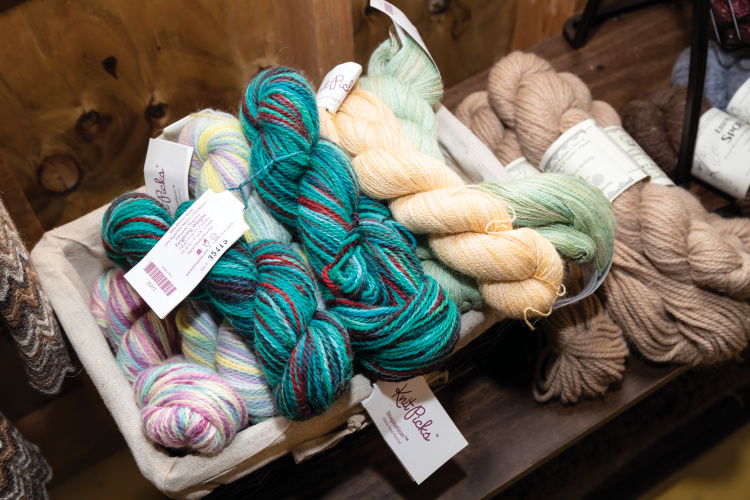 Commonly known as fiber – the word “wool” is a no-no in the alpaca business, according to Hammersley – alpaca fleece is strong, warm and often compared to cashmere.

“Most people think that natural fibers need to be big and bulky. That’s not true,” she says. “On the fashion runways, some of those sleek, drapey skirts and tops are alpaca, and you would never in a million years guess that they were.”

Each spring, a professional shearer visits the farm and carefully removes the “blanket,” the prime swath of fiber that runs from the bottom of the alpaca’s neck to the end of its rear and around its belly. The rest is sold as “seconds” or “thirds” – shorter, less uniform fibers. Hammersley’s fiber customers include artisan spinners and knitting mills.

Last year, she received her master certification to sort, grade and classify, which allows her to differentiate between fiber types for buyers and breeders. 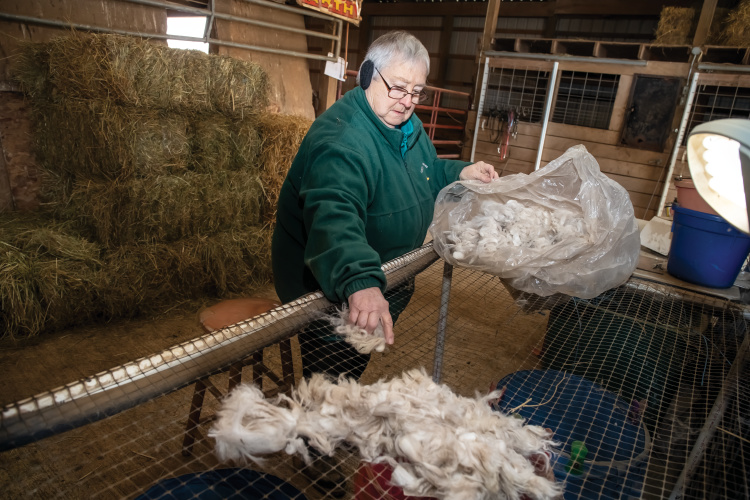 In addition to the luxurious fiber, which comes in 16 natural colors, Circus City Alpacas sells meat products and a variety of downy-soft items, from scarves, hats and gloves to rugs and wall hangings at the on-site Fiber Barn. Hammersley also breeds animals for other farmers.

But the best part, she says, is watching the alpaca babies play in the pasture. “They’ll run and then kind of lift off the ground and jump. That’s called pronking. They climb up on (low mounds) and play ‘knock the tall man off’ with each other, run around the field, and pronk and act crazy. They’re very fun to watch.”

See more: This Family Left Behind City Life and Started a Flower Farm 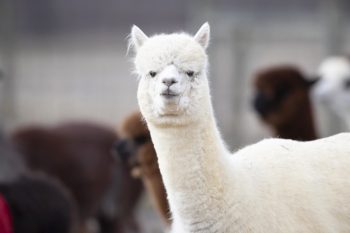 The Hoosier state hosts a number of fun fiber events featuring everything from competitions and workshops to yarn and handmade backpacks, sweaters and purses. The annual Hoosier Hills Fiber Festival is scheduled for June 4-5, 2021, at the Johnson County Fairgrounds in Franklin. The two-day market will include vendor demonstrations, entertainment and fiber-art classes.

Here are a few more:

Tagsalpacacircus cityEditor's Pickfeaturedfiberperu
← Previous Story
Lawson Land & Cattle Co. is a Family Affair
Next Story →
Why the Indiana Duck Industry is No. 1