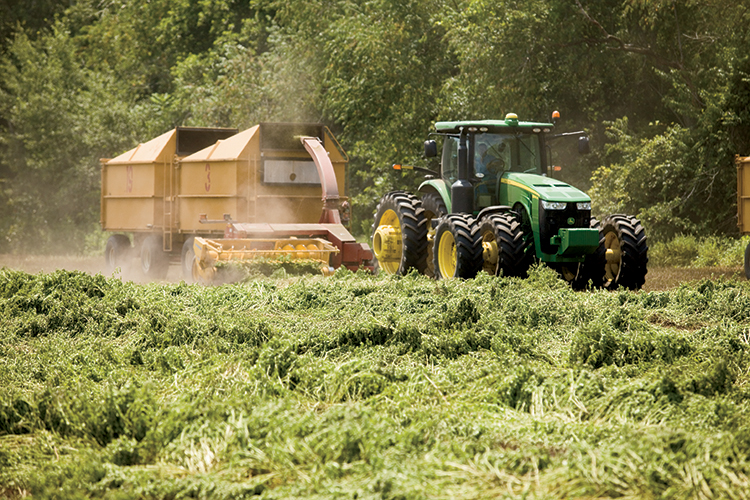 Next time you brush your teeth or chew a stick of gum, thank a mint grower. According to the National Agricultural Statistics Service, Indiana ranked third nationally for spearmint production and fourth for peppermint production in 2014.

What makes mint a perfect fit for Indiana farms? Peppermint and spearmint have fine root systems with no taproots, explains Larry Wappel Sr., general manager of Wappel Grain & Herb LLC. Indiana’s highly organic “muck soils,” found primarily in the northwestern part of the state, allowed these plants to thrive even before irrigation became available. Thanks to improved technology, mint growers can now plant in the state’s sandy soils as well.

While mint is occasionally sold raw or freeze-dried, the vast majority is converted to essential oil, says Jerry Fankhauser, director of the Purdue Agricultural Centers and assistant director of agricultural research. Indiana has 12 active mint stills, according to Wappel.

One of those mint stills can be found on Wappel’s farm in San Pierre. Now in its fourth generation, the business traces its roots to a 160-acre farm purchased by Larry Wappel’s grandfather in 1940. Today, the farm occupies approximately 7,500 tillable acres, with about 1,200 to 1,400 acres annually dedicated to mint. Wappel farms alongside wife Debbie, sons Larry Jr. and Eric, and other full-time and seasonal employees.

While the previous generation focused on corn and soybeans, Wappel began expanding his operations to include mint in 1988. He spent two years working with mint-growing neighbors and building the necessary facilities. By 1990, the farm’s still was operational. 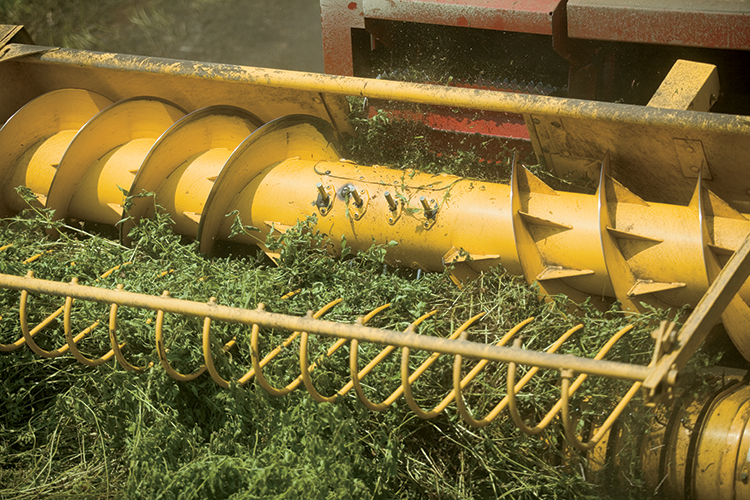 Mint growers don’t use seeds, Wappel says. Instead, they start with mint plants or “stolons,” which are rootstock from existing plants. To avoid disease transmission, farmers must use certified, disease-free plants and rootstock. The stolons remain underground in a seed field until conditions are right for planting, typically between March and April, Wappel says. The rootstock is then dug up and cut into small pieces before being planted in rows.

Mint plants emerge from the ground around May 1. As they mature, Wappel and his crew watch and wait for the right time to harvest.

“Both peppermint and spearmint have a purple bloom,” he says. “That’s our signal.” The team harvests spearmint first, typically right after the Fourth of July.

At Wappel’s farm, mint is mowed using a windrower, then left in the field to dry naturally. The plants must be treated gently since essential oil is contained in microscopic capsules on the leaves. “We’re trying not to rupture many of those oil glands,” Wappel says.

After the plants dry, harvesters chop the windrows into small pieces and blow them into mint tubs. The tubs are sealed and transported to the still. 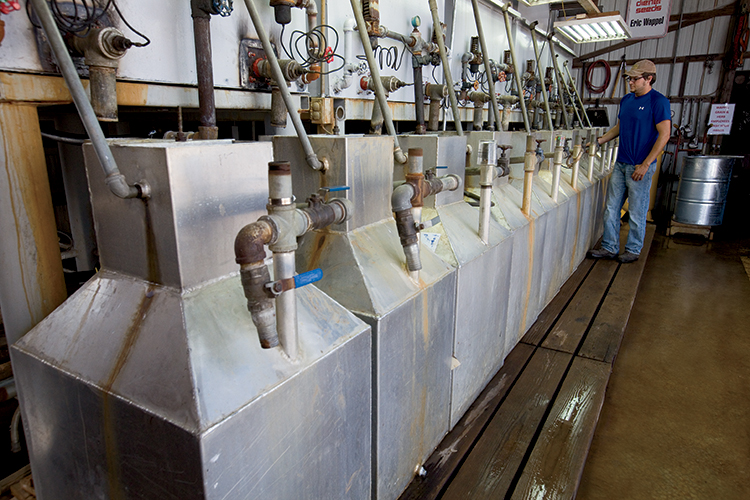 From Farm to Flavoring

During the distillation process, the mint tubs act “like giant pressure cookers,” Wappel says. Steam is introduced to the bottom of the tub. As it rises and passes through the dry mint, it ruptures the plants’ oil glands and vaporizes the essential oil. The steam then leaves the tub via a condenser line, which carries it through a series of smaller lines surrounded by cold water.

As the steam cools, it returns to a liquid state as a mixture of water and mint oil and collects in a separator tank.

“A unique property of mint oil is that it’s quite a bit lighter than water,” he says. This means the mint oil floats to the top and can be drained from the water. The complete distillation process takes about two hours. 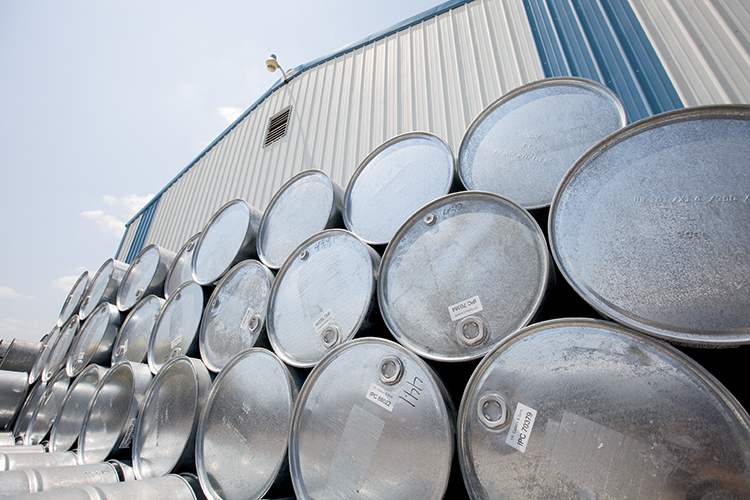 Wappel estimates that 98 percent of the oil his farm sells will ultimately go to large companies such as Wrigley, Colgate Palmolive, and Proctor & Gamble.

“We do not get to sell to them directly,” he says. Instead, mint growers contract with buyer brokers, which act as intermediaries between growers and end users. The buyer brokers, in turn, blend various oils to the end users’ specifications.

“We are allowed to use very few herbicides, and they all have to be cleared,” says Wappel. In addition, because products containing mint are marketed worldwide, genetically modified organisms (GMOs) are not accepted by buyers. 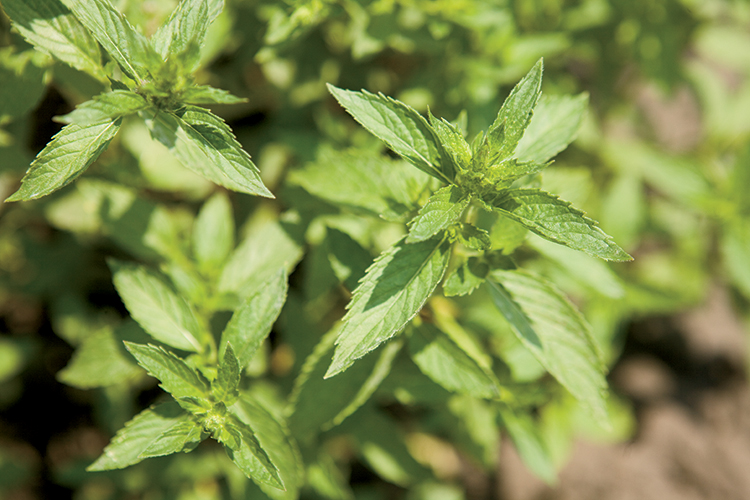 Fortunately, Hoosier farmers are up to the challenges associated with this specialized crop. Purdue’s Jerry Fankhauser believes Indiana’s knowledgeable growers play a critical role in the state’s success in mint.

“It’s just good people in this business,” he says. Given the wealth of in-state knowledge and Indiana’s natural advantages, future generations of growers should enjoy a strong foundation for continuing the state’s rich mint heritage.