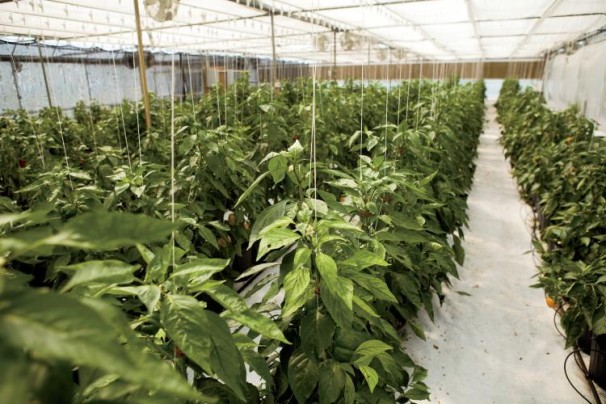 Where does your food come from? Shoppers ask this question more and more, but they also crave fresh vegetables before they’re widely available in Indiana. Neil Moseley, owner of Pleasant Acre Farms in Clarks Hill, has found a solution to this quandary.

When Moseley and wife Tashney started the farm in 2009, they grew their produce on a single acre of land.

As the operation has grown, so has the growing season.

“We produce year round now, which is difficult in Indiana,” says Moseley. “Most people aren’t doing that.”

Though summer certainly remains the busy time of year, Pleasant Acre sets itself apart by growing hydroponic lettuce during the winter months in an old swine-facility-turned-greenhouse.

The original hog building, Moseley says, was stripped of its concrete walls, metal ceiling, roofing and insulation. Wood framing was repurposed into its new framing. Stretching a double-layer poly greenhouse film over the top and adding clear poly curtains on the side walls pulled the greenhouse together, while most of the electrical system and fans for the hog building were reworked to keep it cool in the summer and prevent freezing in the winter. Inside, they built large flat beds mainly used for producing kale, which is harvested constantly, and a float bed system for growing lettuce.

“We’re trying to find the one variety of lettuce that gives them year-round production,” Moseley says. “We probably went through 40 different varieties to find one we’re really keen on.”

The greenhouse also helped them start a bucket production system for tomatoes, which use a potting soil and compost blend.

“This allows us to get tomatoes to market seven weeks ahead of outdoor tomatoes,” he explains. 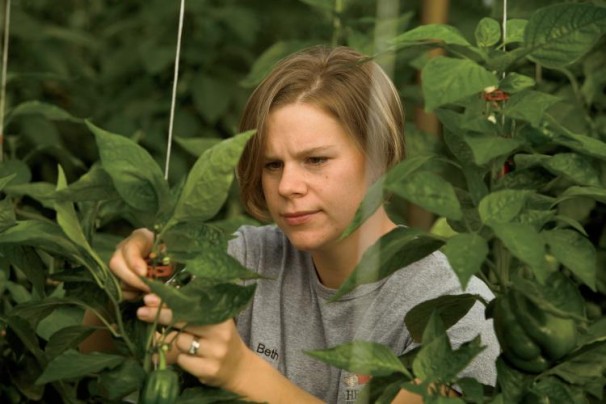 Heartland Premium Produce in Anderson also benefits from a greenhouse. Beth Scholer runs the wholesale vegetable operation with husband Eric, a third-generation vegetable grower whose father still farms 1,000 acres of corn and soybeans. Five years ago, they purchased about 30 acres that had belonged to Eric’s grandparents and built a 6,000-square-foot greenhouse on the property.

“We made it that size so we could grow enough volume for wholesale,” says Scholer, who sells to restaurants in the Indiana-Kentucky-Illinois area through a distributor in Indianapolis. About 1,500 pepper plants grow in the greenhouse, along with vine-ripened tomatoes.

“In Indiana, red and yellow bell peppers are usually available (grown outside) from early August through frost,” she explains. “In the greenhouse, we get colored bell peppers from mid-June through November.”

Colored bell peppers are sold at a premium, and the greenhouse allows them to control the setting with exhaust fans, circulation fans, heaters, shade cloth and irrigation– something they can’t do with produce grown outdoors. They can also control pests using an integrated pest management (IPM) system.

“Basically, it’s a very controlled environment and our insurance policy against weather and disease and pests because crop insurance for outdoor vegetable plants is very, very expensive and not readily available,” Scholer says.

“We would like to experiment with other vegetables and strawberries, to get a jump on the market season, but that will have to wait,” Scholer says.

As a small business that relies mainly on family members lending a hand – or a green thumb – and some seasonal help, labor can be a struggle.

“There’s always more work to do than there are hours in the day,” she says.

Despite the challenges, Scholer says it’s worth it to keep the agricultural tradition alive.

“[My husband and I] both grew up on family farms,” she says, “and that’s how we want to raise our kids – having good, healthy food that we know how it’s been treated and how it’s been grown.” 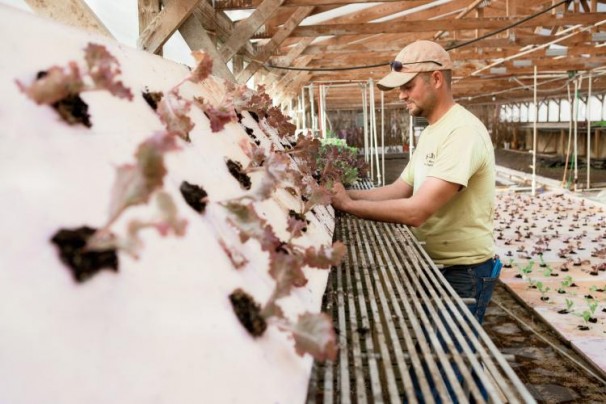 Back at Pleasant Acre, Moseley also believes in the importance of educating his three children about the food they raise.

“The ability to pass that on to my kids is very key in what we do,” he says. “They can probably tell you more about produce than what the average adult knows.”

He also shares that knowledge with members of the community who shop for Pleasant Acre produce at farmers markets or through his CSA.

“Buying local is more than a fad,” Moseley says. “People are curious about their food production because getting food in America has become very easy. The average person is now three generations removed from the farm. Now people want that connection back.”

Pleasant Acre Farms grows vegetables “from asparagus to zucchini and everything in between,” says Neil Moseley, owner of the Clarks Hill farm. The “in between” also includes winter squash, melons, cantaloupe, edamame, green beans, okra, eggplant, beets, carrots and more. Most recently, beans and whole grains such as wheat, barley and oats were added to the mix. Vegetables, picked when they’re vine ripe and ready to eat, are sold at local markets the next day. Most of the harvest is hand-picked, except for beans and small grains, which are done mechanically. 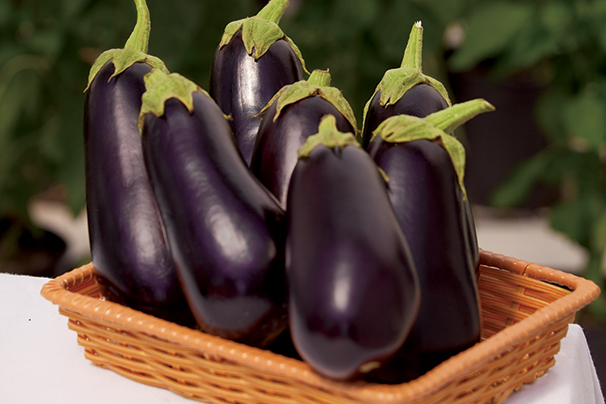 He also runs a 24-week community-supported-agriculture (CSA) program, which allows people to subscribe for a box or basket of fresh seasonal produce each week straight from the farm.

“We try to have at least five different items a week in those baskets, and base it off [customers’] eating habits and how many people are in their household,” says Moseley, who’s also looking at branching out into selling frozen vegetables and stir-fry mixes to extend product shelf life and prevent waste.

Signups for the CSA growing season close in March, but Pleasant Acre Farms has plenty to offer shoppers hungry for fresh, local produce and grains during the local farmers market season, from May through October. Find them at the Downtown Lafayette Farmers Market on Saturdays from 7:30 a.m. to 12:30 p.m. and at the West Lafayette Farmers Market on Wednesdays from 3-6:30 p.m.

To learn more about Pleasant Acre Farms and the availability of specific produce, visit pleasantacrefarm.com or call (765) 918-0303.