Thanks to These Farmers, Hoosiers Can Enjoy Fresh, Local Shrimp

Among the corn and soybean fields of rural Indiana, Karlanea Brown raises marine shrimp on her farm, some 800 miles from the Atlantic Ocean.

She claims that her family’s seafood success and the unmatched flavor of the shrimp lie in their Indiana saltwater.

“We are guardians of water,” says Brown, who owns RDM Shrimp in Fowler with her husband, Darryl. “The water is what it’s all about. If there were a Garden of Eden for shrimp, our water would be it. The shrimp are a byproduct of our water.”

You could say their saltwater ages like good wine. The farm’s original indoor production tanks hold water approaching 7 years old, the same water since the start of business in July 2010. Known as a heterotrophic system, the saltwater harbors a wealth of healthy bacteria, and the Browns diligently keep the balance in check. They test the water every day for nine different components.

Approximately 10 shrimp farms call Indiana home, estimates Robert Rode, Purdue Extension aquaculture specialist. Most of them are dotted throughout the northern half of the state. 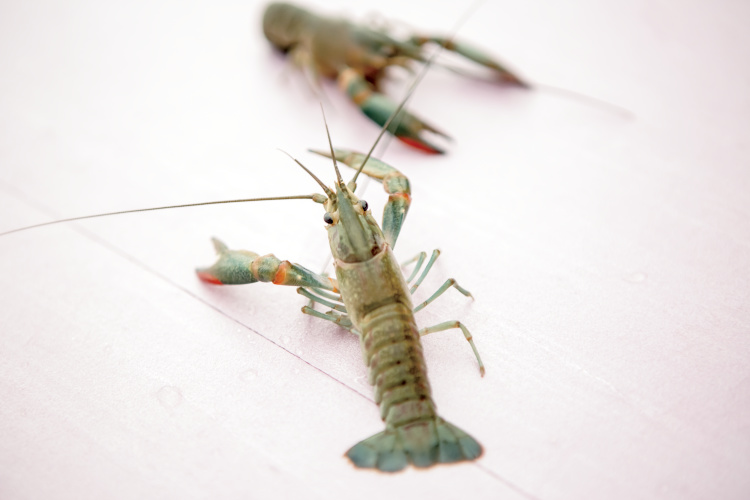 Among them, JT Shrimp LLC in Wheatfield and Hoosier Shrimp Farm in Walkerton raise shrimp in northwestern Indiana, each within 50 to 100 miles of RDM Shrimp.

“Americans are becoming more and more conscious about both their diet and where their food comes from,” Rode says. “Aquaculture can provide a healthy protein source, and we can grow it now pretty much anywhere. Who would have thought 10 years ago that you could produce marine shrimp in Indiana?”

As former hog farmers, the Browns began hunting for a different income from their farm after hog prices plunged. They found their future in shrimp.

Indiana entrepreneurs are attracted to shrimp farming’s marketing potential and relatively lower production costs, Rode says. The consumer market already exists for shrimp. Also, more and more consumers prefer locally grown products and demonstrate the willingness to pay a premium for them. From a production standpoint, the infrastructure for marine shrimp costs less than other aquaculture systems, such as tilapia. And farmers can manage aquaculture similar to other types of animal agriculture in Indiana. 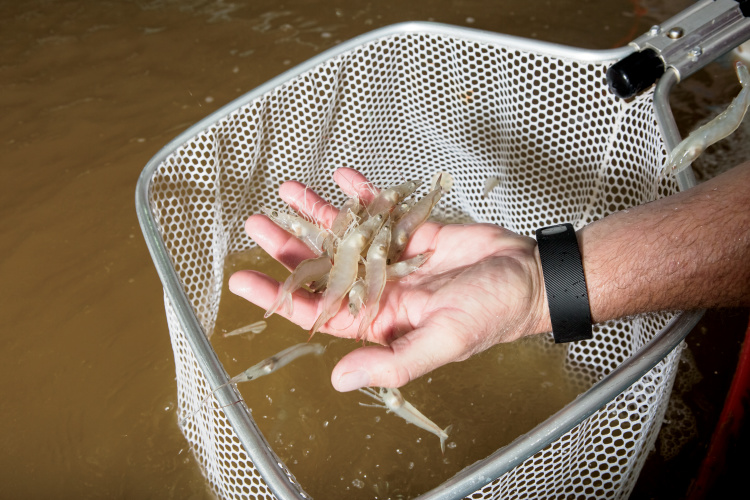 “For the aquaculture industry to expand to be more on par with other ag livestock species, it’s going to take a combined effort of both the producer and processing to get it out into the bigger markets,” Rode says.

For now, fresh fish dominate the Indiana aquaculture market. However, the Browns sell 500 pounds of fresh, live shrimp monthly from their on-farm retail store. They draw customers to small-town Fowler from Lafayette and vicinity, as well as outside Indiana from Chicago and also Michigan and Ohio.

Fire Up the Grill

“Most people will drive an average of two hours to come and buy our shrimp,” Brown says. “The texture of our shrimp is much firmer, it has a clean flavor to it, and it has a natural sweetness in it that you just don’t find anywhere else.”

Upon entering the shrimp business, the Browns soon learned they represented some of the first privately owned shrimp farms in the United States. As a result, they started to provide consulting services and shrimp farming equipment to startups. The Browns recently helped three new farms get started in Indiana. They have consulted for at least 30 shrimp farms nationwide and helped internationally as well.

Meanwhile, the Browns have more than doubled their shrimp production since starting the operation. Every 25 days, they receive 100,000 to 200,000 shrimp from a Florida hatchery. They sell 80 percent of their production as “feeder shrimp” to other farmers. Self-coined after the concept of feeder pigs, “feeder shrimp” are young shrimp that the Browns raise for 60 days and sell to other farmers who then feed them to a marketable size for food consumption. 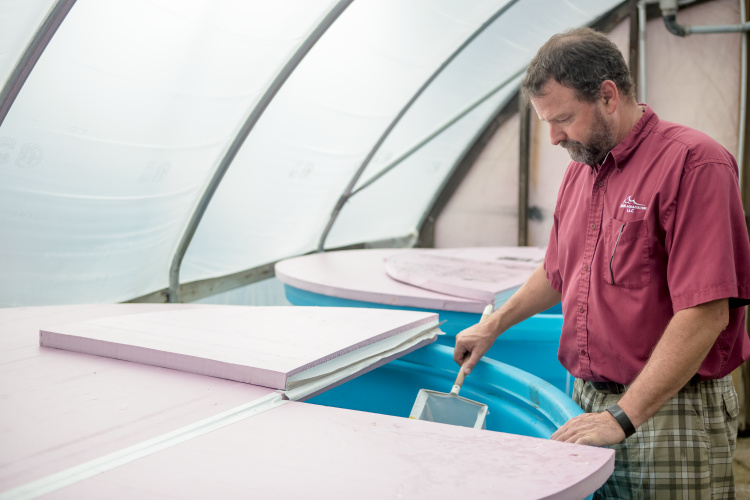 Throughout the year, RDM Shrimp also offers guided facility tours, ranging from a brief 15 minutes to an in-depth 4 hours.

“Our favorite reaction from some of the tours is that people are amazed,” Brown says. “When you think of shrimp farms you think of ponds outdoors. You never think of them being indoors. We have a big old red barn and everything is enclosed.”

As with animal agriculture, Rode sees a trend for aquaculture operations to move indoors to controlled, bio-secure environments. He also sees the increasing adoption of aquaponics, which uses waste from fish to grow plants without using soil. In turn, the plants filter the water for the fish.

The Browns operate both saltwater and freshwater aquaponics systems with Australian redclaw crayfish and soon tilapia.

“Hopefully, by the end of 2017 we want to be a one-stop seafood shop,” Brown says. “Crayfish, shrimp, tilapia and maybe trout locally grown in Indiana.”