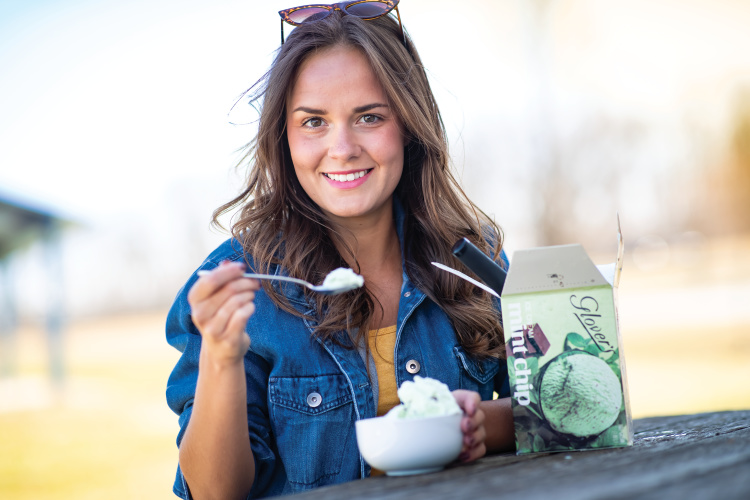 Steve Glover was a sophomore in high school when he started working summers at the family business in Frankfort. “Back in that day and time, we actually would get our ice cream mix in 10-gallon milk cans,” says Glover, president of Glover’s Ice Cream since 1991. “We’d have to manhandle them, and they weighed about 110 pounds, so there was a lot of lifting and pulling and washing and cleaning those cans.” 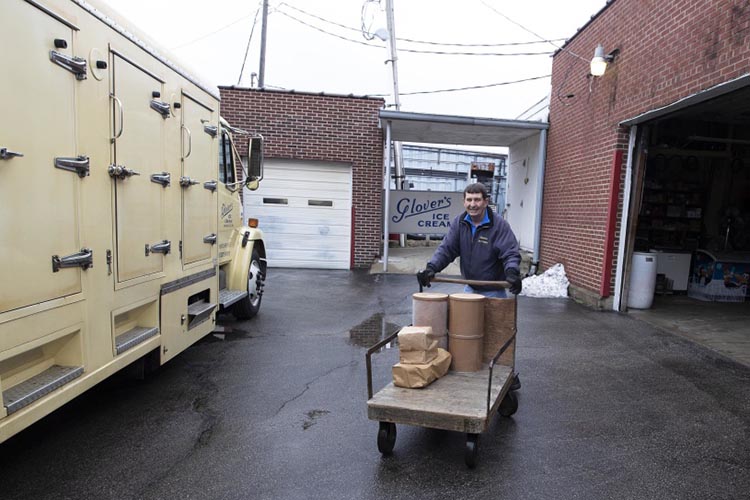 That part of the business has changed – semi-trucks now deliver the base mix, for example, and pump it directly into the storage tank – but the heart of Glover’s Ice Cream remains much the same as it was in 1925, when Glover’s entrepreneurial grandfather, Foster, spotted an advertisement for an ice cream company for sale and seized the business opportunity. The new venture featured six flavors – vanilla, strawberry, chocolate, raspberry and strawberry ripple, and orange-pineapple – plus novelty items such as molded seasonal designs and cake rolls, which were made by hand.

“The interesting thing was that in Frankfort, there were five ice cream companies already going [at that time], and we’re a small little community,” Glover says. “Now, I am the last one that’s still an independent ice cream company.”

Although Glover’s sells half-gallons, gallons and 3-gallon containers to walk-in retail customers, it is primarily a manufacturer for wholesale clients such as stores that sell ice cream by the scoop, universities and hospitals, and independent grocers and pharmacies within an 80-mile radius of Frankfort. It also distributes two dozen types of novelties to convenience stores and mini-marts. 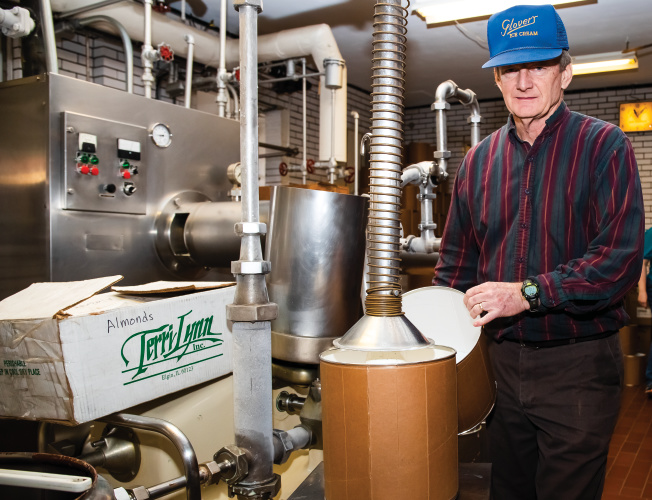 All these years later, the process is much like it was when the Glovers started making ice cream commercially decades ago, even though they’ve upgraded to faster equipment. “Same principle, just bigger machines,” Glover says. “We get our mix in, we put it in a storage tank, we send it to a flavoring tank where we add all the ingredients, and then it’s pumped to an ice cream maker, and that’s where it’s actually frozen and put into packages.”

For many decades, most of Glover’s immediate family worked in the business, from Glover’s dad, Bob, and mom, Virginia, to his aunt, Blanche. Glover’s wife, Kathy, who later kept the books, has now retired, and their sons, Keith and Brett, are currently pursuing their own careers.

So what’s the secret to the company’s longevity? “We have a really good-quality ice cream,” Glover says. “People know and respect that, and they like that they’ve grown up with it. We also have outstanding customer support. When you call here, you get somebody that can answer your question and help you right now.”

What’s more, most of the drivers have been with the company for many years. “People really enjoy it when they come and take care of the whole thing, go get the ice cream right off their truck and bring it in and fill it for them right then,” Glover says. 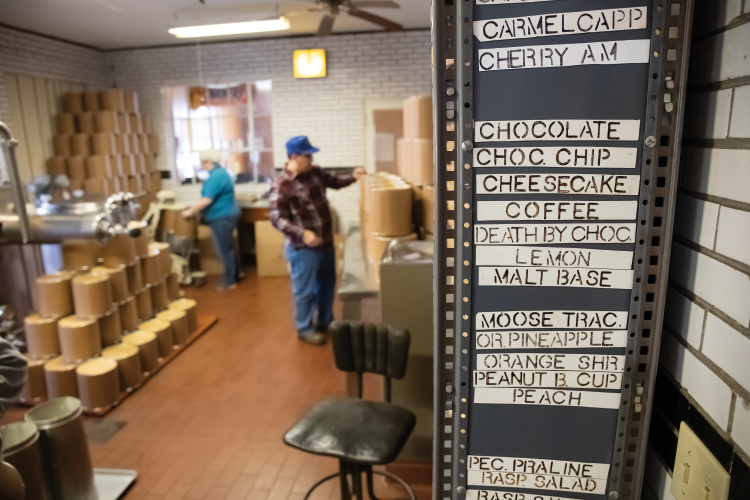 Over the years, the company has added more flavors, producing more than 40 at any given time. Summer favorites include lemon, Sweet Georgia peach and, new as of last year, cherry amaretto. “We have a large selection, more than anybody else in the state,” says Glover, whose personal favorite is Almond Joy. It’s the hardest to make, he notes, because of all the steps involved. “I think that’s a big draw. You can get flavors that nobody else has, and that’s what people want.”

Glover attributes the ice cream’s tastiness to a quality mix, flavorings and add-ins. “Once we lock in on something, we don’t change it,” he says. “A lot of businesses go with whatever is cheaper. But we’re going to keep the same thing once we introduce that flavor, so it’s going to be the same quality every time.” 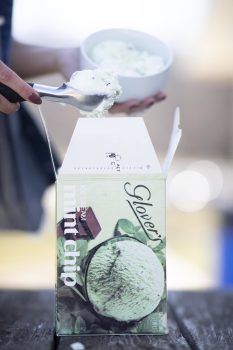 • Ice cream contains many of the same vitamins and essential nutrients found in milk. 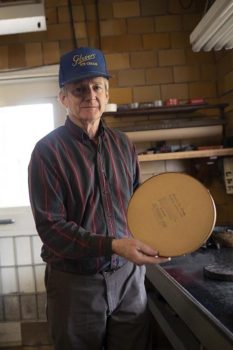 Tagsflavorsglover's ice creamice creamindiana dairy
← Previous Story
Albanese Candy is All About the Gummies
Next Story →
Pulaski, IN Named the Popcorn Capital of the U.S.