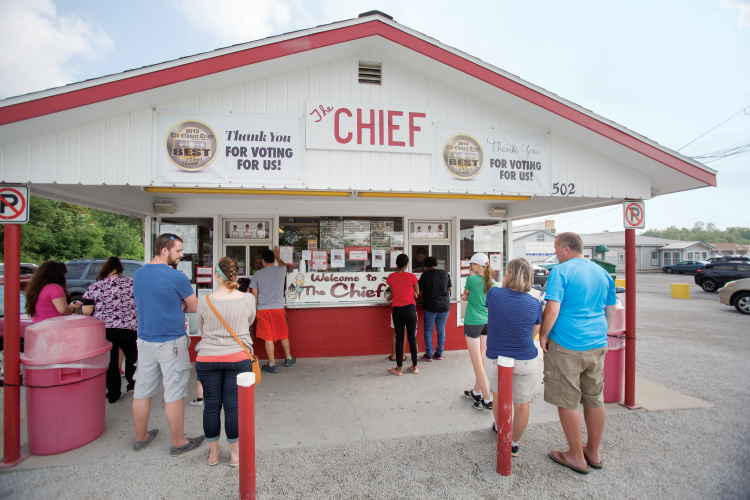 Residents of Goshen don’t fret when temperatures rise in the summer. To beat the heat, they head to The Chief Ice Cream Stand on West Lincoln Avenue.

The small, walk-up stand, named after a local school mascot, has gained such a following that locals voted it “The Best Ice Cream of Elkhart County” in 2013, 2014 and 2015. In 2012, it was named the best ice cream spot by the Indiana Office of Tourism Development.

Vanessa Steffen, one of The Chief’s owners, has a theory of why the stand is so popular. “All of our ice cream is made on-site by an antique ice cream machine,” she says. “It is 12 percent milk fat, so it’s really rich in flavor.”

On a typical day, The Chief sells approximately 45 gallons of hard-packed ice cream with the ice cream machine churning at a speed of 10 gallons per hour. On days when demand is high, the stand can make up to 100 gallons. 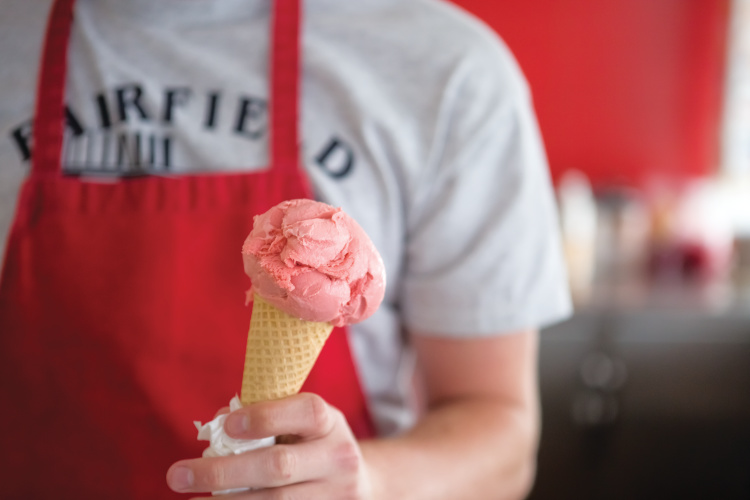 The base ice cream is stored in five-gallon cans, dated and placed in the stand’s walk-in freezer. This base, which is never kept more than three days, is used as a canvas to create a tasty range of flavors that are mixed in later, based on demand. Some are featured as Flavors of the Week: black cherry, blue moon, butter pecan, café mocha, cookie dough, dark chocolate, English toffee, Georgia peach, Key lime pie, lemon, mint Oreo, raspberry, peanut butter Oreo, pistachio nut, toasted coconut and yellow cake batter, among many others.

Though The Chief closes for the season on Labor Day, the owners continue to sell pints of holiday flavors such as white chocolate pretzel in October and November.

Along with Steffen, The Chief’s other owners are her husband, Randy, and Randy’s sister and brother-in-law, Jan and Lowell Vanderveer. The quartet, all retired schoolteachers except for Randy (who works at a dairy co-op), purchased the stand in 1994. Before that, it had operated since 1962 on and off as a casual eatery in the northern Indiana community. 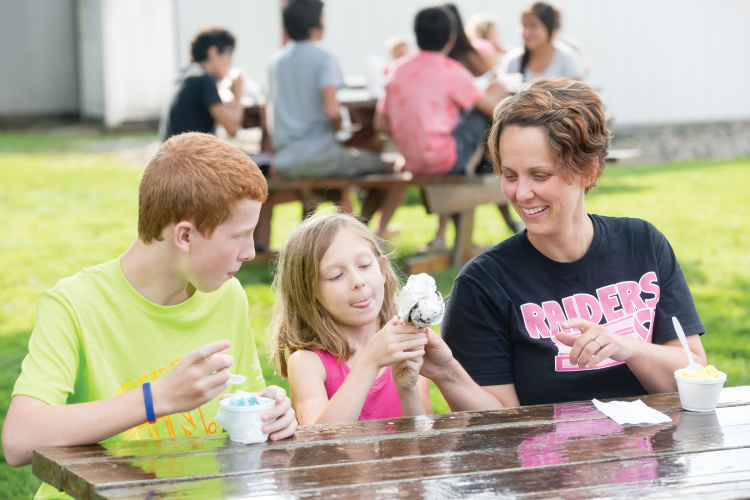 With three of the four owners having a background in education, The Chief has also become a place of learning. “Our employees – mostly high school and college students – learn to work efficiently and be courteous,” Steffen says.

The Steffens and Vandermeers also encourage employees to focus on family as well as education. “We open mid-April and close at Labor Day, which is near the beginning of school,” Steffen says.

The stand opens for business at noon six days a week and at 2 p.m. on Sundays. “We don’t open until 2 p.m. on Sundays because we feel it is important for employees to go to church and have dinner with their families,” she says.

Under the owners’ leadership, The Chief is now a mainstay in the area.

“People don’t seem to mind standing in line. Some bring lawn chairs and stretch out on blankets on the grass to eat their ice cream. We’re just a family.”