A Tale of Two Jimmies at Fairmount Historical Museum 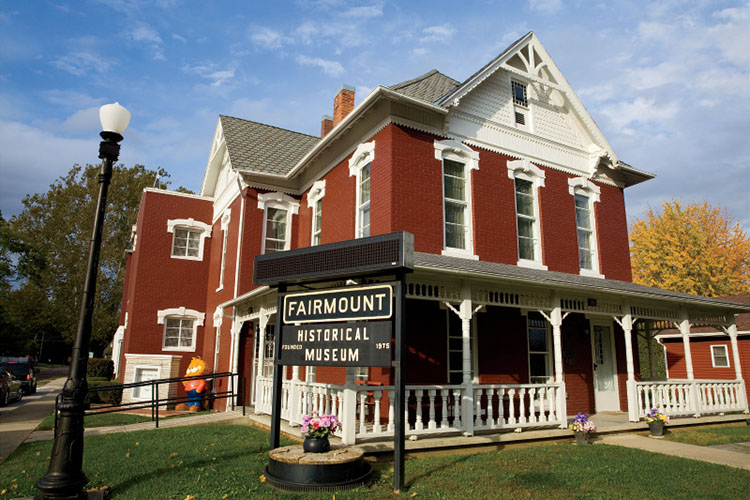 Each fall, Fairmount’s population soars from 3,000 to 40,000 as people from all across the country and all over the world come to pay homage to hometown hero and Hollywood icon James Dean.

The James Dean Festival, an annual celebration sponsored by the Fairmount Historical Museum, runs the last full weekend in September. It’s everything you’d expect from a small town festival – carnivals, bands, swap meets and hot dog stands. What makes this particular festival such a standout are events such as the James Dean Run, a James Dean lookalike contest, and a car show featuring 2,000 classic and vintage cars. 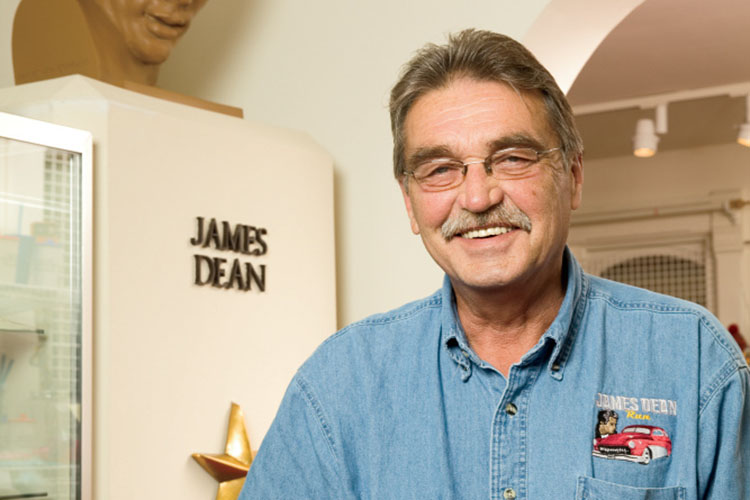 “For us, it’s a big deal,” says museum president Cole Reeves. “It’s pretty much our only source of income. That’s kind of what keeps us alive.”

An influx of Dean fans to the area also means an uptick in the number of visitors to the museum, whose main attraction is its collection of James Dean artifacts. That includes everything from baby clothes right up to the things lying on his desk when he died. Photographic evidence of The Rebel himself with each item rounds out the display. (Dean is buried a mile away at Park Cemetery.)

Know Before You Go

But Dean isn’t the only local legend featured at the museum. An entire room is dedicated to another famous Fairmount native, Garfield creator Jim Davis. According to Reeves, Fairmount Historical Museum has the largest display of Garfield merchandise after Paws Inc., the comic book studio and production company founded by Davis in 1981.

While the current exhibit is smaller than Reeves would like, he’s looking to eventually expand it to include more personal items of Davis’. For now, museum visitors can expect prototype toys and a collection of comic books (many of them No. 1 editions) from all over the world. 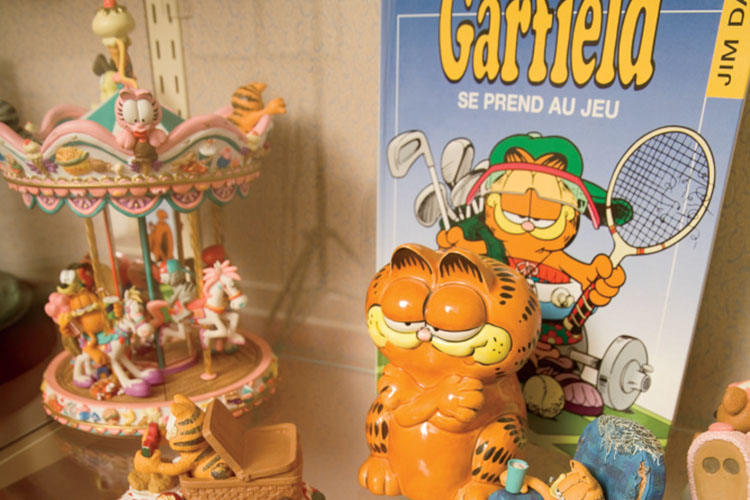 “Last year, we got two of his drawing boards and some cartoon cells and things like that,” Reeves says. “We have a lot of his artwork, some of it from very early on when Garfield didn’t look anything like he does now.”

A two-story Victorian home on the National Register of Historic Places, the museum also houses artifacts related to the town itself. That includes items from Fairmount’s many glass factories, models of gas wells dating back to the town’s gas boom in the late 1880s, Native American artifacts and mastodon bones found in the area.

The museum got its start in 1975 with the purpose of archiving memorabilia from two local schools. After the Fairmount Academy and Fairmount High School (Dean’s alma mater) closed their doors in 1923 and 1969, respectively, students and faculty wondered what would become of the old photographs, trophies and awards left behind. A local museum seemed the perfect solution. 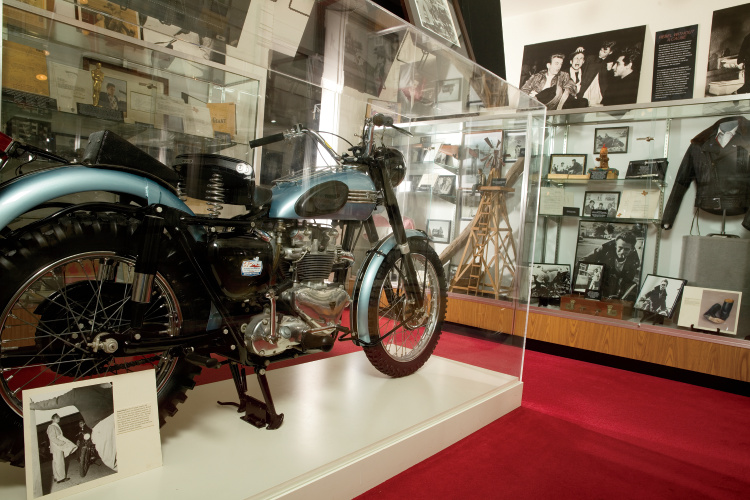 Despite being a small-scale institution, the Fairmount Historical Museum gets some pretty substantial traffic, seeing some 2,000 visitors per year. Reeves estimates that roughly 30 to 35 percent of those come from outside the U.S.

One particular visitor left New York City for the first time in her life to attend the museum’s James Dean Festival a few years back. She landed in Fort Wayne and drove the 60-some miles to Fairmount through wide-open prairie. “I think she came back, so she must have liked it,” Reeves says with a laugh.

More About the Festival…

The 2015 James Dean Festival takes place Thursday, Sept. 24, through Sunday, Sept. 27. The four-day event includes Museum Days with live music performed on the Main Street stage; the James Dean Run at Playacres Park; free showings of East of Eden, Rebel Without a Cause and The Giant; the James Dean lookalike contest; dance contests; and several other events and activities for children and adults of all ages.