Eat, Drink and Be Merry at Huber’s Orchard, Winery & Vineyards 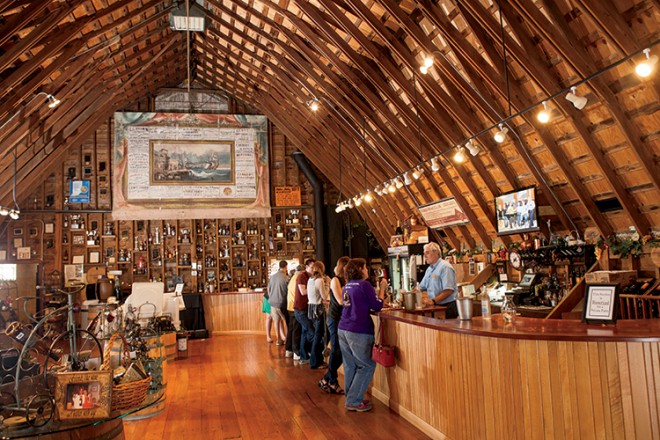 With a full orchard that produces more than 10 different fruits and vegetables, an on-site winery and vineyard with award-winning offerings, a bakery serving delicious homemade treats and a new distillery with the finest brandies, a visit to Huber’s Orchard, Winery and Distillery offers something for everyone.

The family-run agritourism destination, located in Starlight (about 20 miles north of Louisville, Ky.), has been operated by the Hubers for six generations, with the seventh generation currently working on the farm. 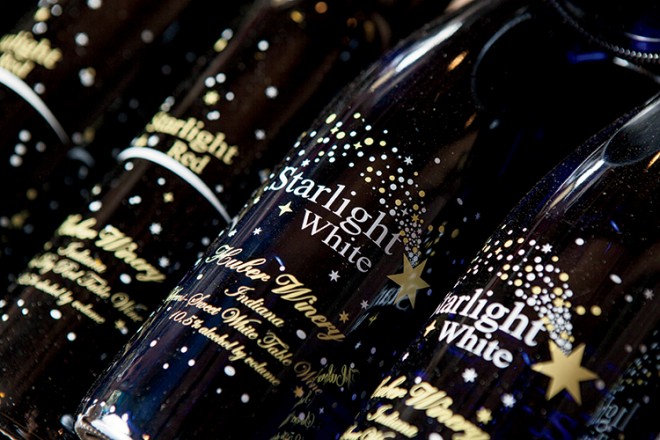 “The fourth generation really planted the seeds of where we are today. They built the dairy barn in the 1930s, which now houses our winery,” says Dana Huber, the farm’s vice president of marketing and public relations. Dana is married to Ted Huber, who co-owns the farm with his cousin, Greg. The pair took ownership in the late 1980s, after the winery was established and Huber’s began operating as an agritourism farm.

Dana says carrying on the family legacy is extremely important to Ted and Greg. “You can feel the pride and passion when working on a family operation,” she says. “Everyone’s heart is in the right place. It’s also important to us that we leave it in a successful but different place for the next generation.” 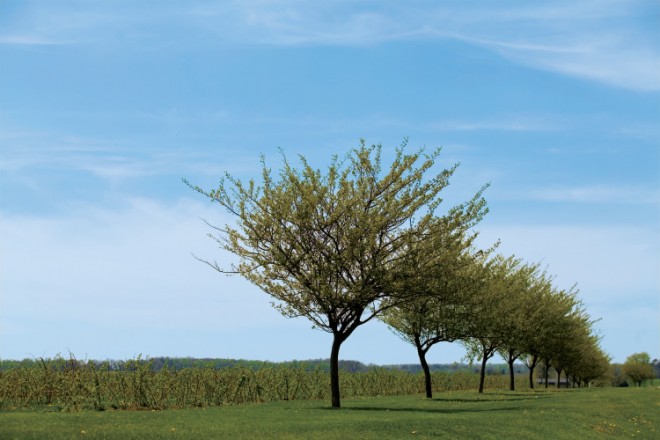 Simon Huber founded the 80-acre farm in 1843. Originally a traditional farm, as the family began to grow, so did the operation. Over the years, Huber’s diversified to include more than 600 acres of produce and vineyards. They began with a farm market, selling their fresh fruits and vegetables, and then opened the winery to the public.

“We had a mission to bring families to the farm, educate them about agriculture and provide entertainment,” Dana says. 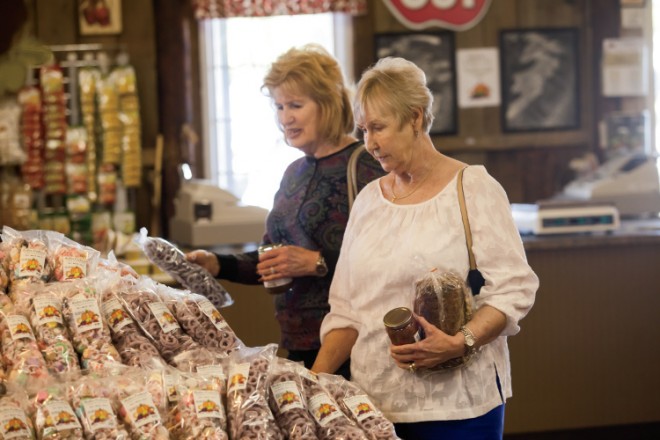 This mission led to their expansion, which included a bakery, event space, seasonal activities and a distillery.

“We wanted to make sure that we diversified in a way to offer something for everyone,” Dana adds. “We had the winery and now distillery for those over 21, but the bakery and ice cream are there for the younger crowd.” She adds that although they had many ideas, the choices always focused on what they could do well and with good quality.

The farm market houses the bakery, with freshly baked fruit breads, pies, muffins and donuts all made with the farm’s fresh fruits. 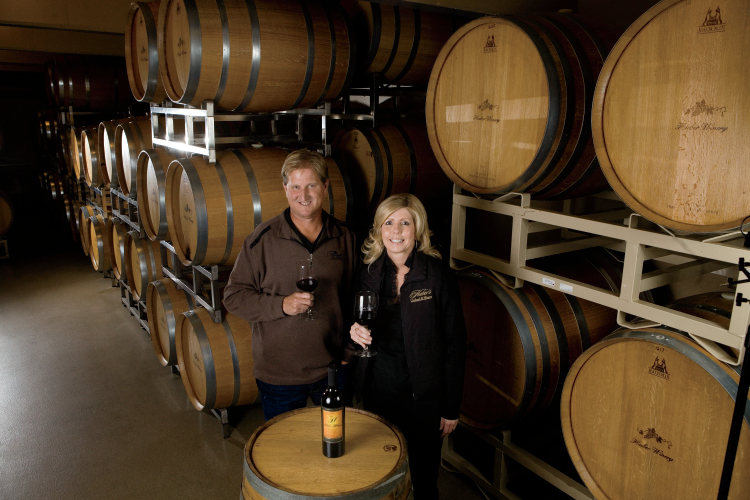 They opened Huber’s Plantation Hall in 1998, and since then have hosted a number of weddings, receptions, company retreats, parties and more. The space allows people to enjoy the beauty of the farm even in the winter months, when there isn’t as much growing.

Visitors can stop by the winery to enjoy tastings, or sign up for the wine club membership and participate in year-round events. Huber’s is also part of the Indiana Uplands Wine Trail, which features eight other wineries all nestled in southern Indiana.

In the fall, Huber’s hosts school tours and opens its pick-your-own pumpkin patch. It sells choose-and-cut Christmas trees from Thanksgiving through Christmas. 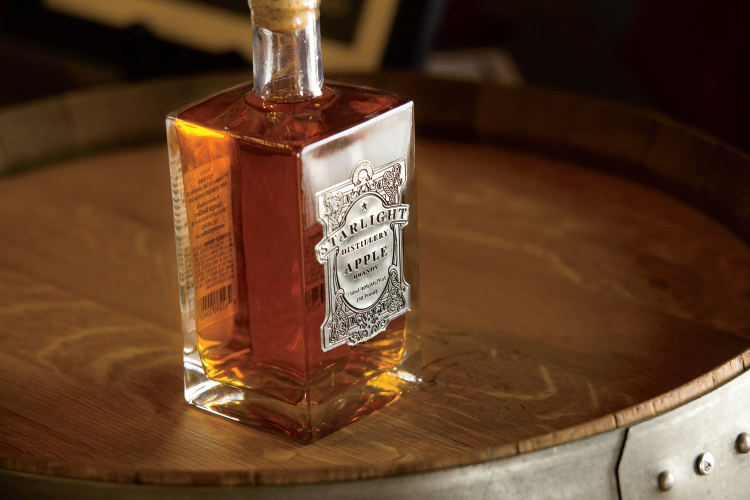 Their latest endeavor, Starlight Distillery, was established in 2001. They released their first batch of brandy in December 2004.

“We recently completed a 12,500-square-foot distillery expansion, and because of recent changes in Indiana alcohol laws, we’re able to produce vodka, gin, bourbon and whiskey as well,” Dana says. “Our vodka was released in May and is now available on the market and at the distillery. We’ll be offering new tours as a result of the expansion.” 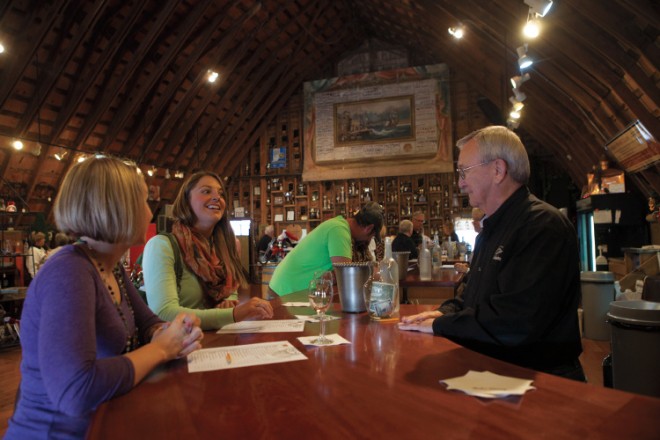 With so many offerings, Dana says it’s hard for visitors to choose one favorite thing about Huber’s.

Huber’s Orchard, Winery and Vineyards is located at 19816 Huber Road in Starlight. The farm market and winery are open Monday through Saturday from 10 a.m. to 6 p.m. and Sundays from 12 to 6 p.m. November through April. Hours change in May. For more information, call (812) 923-9463 or visit huberwinery.com. As always, please call ahead before traveling long distances.

“It really depends on the person,” she says. “People have a connection to Huber’s in different ways, whether it’s from a tour at school, a first date they had here, or hearing about our wine and spirits and traveling for those. That’s one of the greatest joys of my job, to hear those stories of how people are connected.”

And though they strive to provide entertainment, the family doesn’t overlook the importance of sticking to their agricultural roots. “Consumers want to know where their food comes from. We’re farmers first and feel it’s our responsibility to educate people on how we produce food,” Dana says. “We know people have a choice, and they’re eager to learn and see local businesses prosper.”