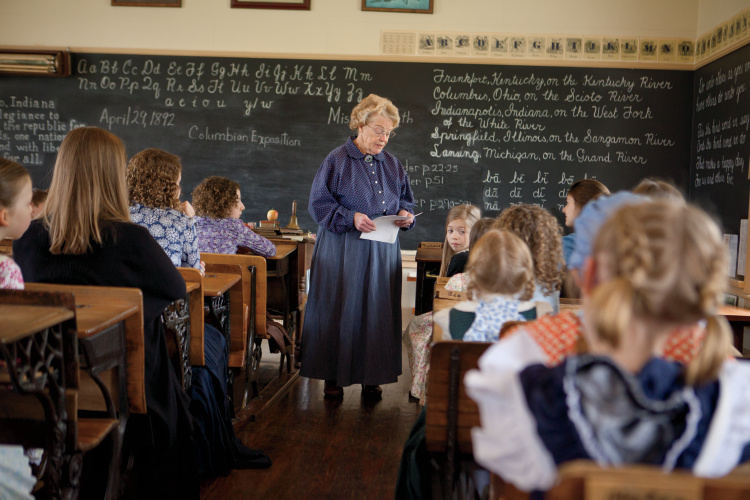 Eight-year-old Bertha stands beside her wooden desk when called on by her schoolmistress to recite from her McGuffey Reader. Later, her cousin Eleanor, who is in the fourth grade class, solves sums on the chalkboard at the front of the room.

When it’s time for the spelling test, the schoolmarm calls out words from the front of the room. All 25 students, dressed in pinafores, aprons and cotton shirts, carefully scribe the letters with black ink, as penmanship will also be graded.

When the dinner bell rings, the students pile into the schoolyard to eat sandwiches wrapped in waxed paper and drink cups of water. No Lunchables, cellphones or soda cans are in sight. Boys from the class begin a game of “Duck, Duck, Goose.” Girls play hopscotch. When recess ends, all troop back inside for a history lesson. They learn, for example, that the Pledge of Allegiance was written in 1892.

The date 1892 is important for several reasons. Benjamin Harrison, a Hoosier, was president of the U.S. at that time. Ira Joy Chase from Danville was governor of Indiana. 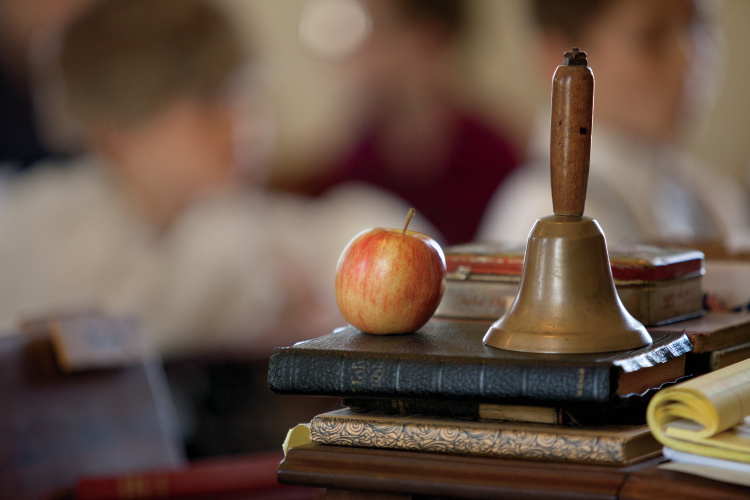 And 1892 is the year the students are reliving inside the Pittsboro One Room School as they step back in time to learn about life more than a century ago.

“The minute students arrive, we don’t refer to anything that happened after that date,” says Judy Pingel, member of the restoration committee for the schoolhouse.

The Pittsboro school is an actual one-room schoolhouse built in 1883 five miles from its current location. It sat abandoned from 1919, when the school closed, until the late 1990s, when a multitude of volunteers came up with the idea of reviving its original purpose for future generations.

Over a three-year period, a generous landowner sold the building, located 15 miles west of Indianapolis in Hendricks County, for $1 to the 1883 One Room Schoolhouse Restoration Committee, chaired by Dana Dillman. Although the building sits on North West Hendricks School Corp. property, it is owned by the committee and does not receive taxpayer money to operate. The school is solely funded by fees and donations. 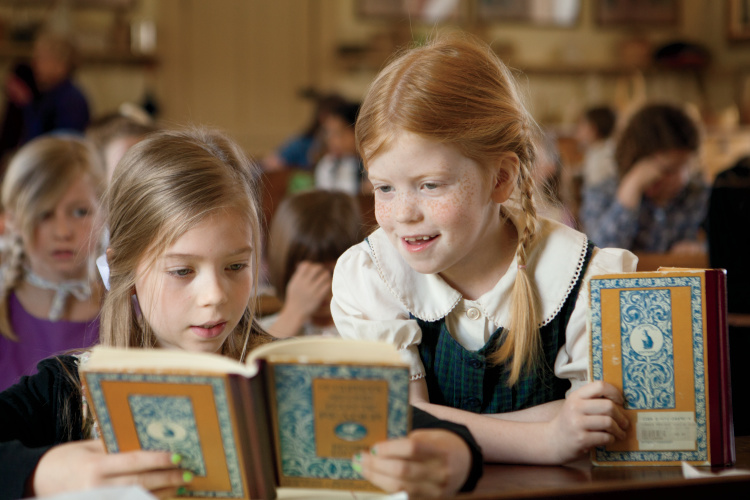 Fundraising and grants provided the money needed to move and restore the structure as a functional, educational institution true to its time period. Electricity was installed discreetly with kerosene lanterns hanging from the ceiling. The room also has heat and air conditioning, though a potbelly stove gives the appearance of authenticity.

“From the beginning, this was not to be a static museum,” Pingel says. “We located inkwells, maps and globes, and other items from that era that would have been used. Our schoolmarms teach lessons in math and science to students who read from reprints of the McGuffey Reader, standard textbook of the day.”

A handful of retired teachers volunteer as schoolmarms for the school’s classes. One beloved volunteer, Doris Martin, portrayed a schoolmarm named Miss Phoebe for many years before losing her life in a tragic accident in 2015. “Doris was a great teacher, both when she taught in ‘regular’ school and when she was a re-enactor,” Pingel says. “She can never be replaced, but we are fortunate that we have other ladies who also do a great job.”

Though she isn’t one of the schoolmarms, Pingel has worked at the Pittsboro One Room School since the project began, gathering late 19th-century items to create an authentic atmosphere.

“We take students back to that time period by providing old desks with nametags of former students from the school. ‘Hilda’ or ‘Elmer’ may be asked to stand beside their desks and bow, curtsy, and recite the Pledge of Allegiance or multiplication tables,” Pingel says. “They are expected to act like students would have acted then.”

To learn more about Pittsboro One Room School, visit hendricks.k12.in.us/oneroomschool or call 317-994-4100.

Prior to their arrival, classes have received information from the Pittsboro One Room School committee, encouraging them to adopt the spirit of the day.

“They may wear appropriate clothing students would have worn then,” Pingel says. “Lunches should consist of food that was available back then and packed in brown paper bags, no lunch boxes or plastic.”

Classes put in a full day at the Pittsboro School House from 9 a.m. to 2 p.m. At the end of the day, the schoolmarms break character to talk about real students who attended the school.

“We’ve researched and discovered backgrounds of students from the past,” Pingel says. One served in the Navy. Others became farmers, auto mechanics and teachers. Two students married each other.

“Kids love to hear these stories,” she says.

Since the school began operating in 2000, approximately 20,000 visitors have walked through its doors. 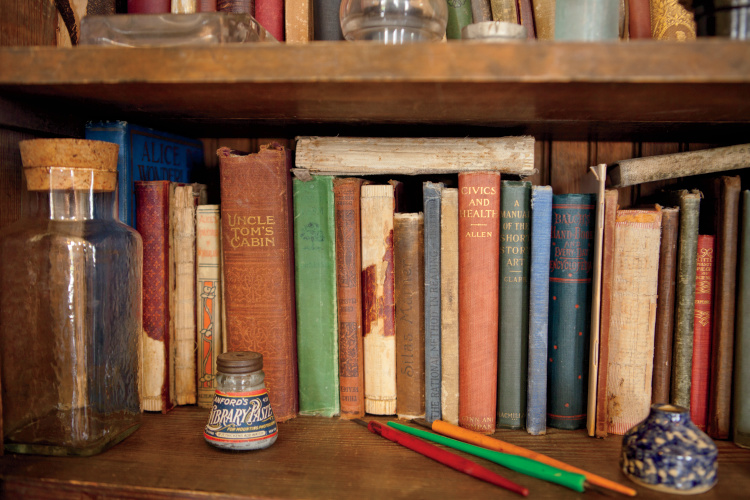 “Teachers have told us after returning to their schools, students ask if they can stand when answering a question as they had done at Pittsboro,” Pingel says. “They seem to like that everyone focuses on them.”
The schoolhouse is closed January through March. Spring introduces a busy schedule as homeschooling groups and other classes reserve days to revisit the past.

“I think we have discovered a wonderful way of teaching history and developing respect for the way things used to be,” Pingel says. “We want students to realize history is more than memorizing years of battles. It happened to real people, including children. That’s been our goal, and I think we’ve done a good job.”