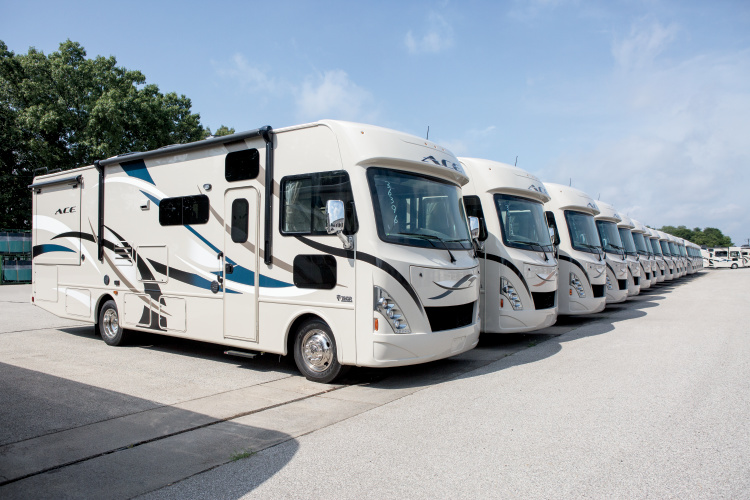 It might seem strange to think of Elkhart County as a vehicular paradise, since a common sight on most streets throughout the northern Indiana county are dark, covered buggies driven by Amish folk and pulled by horses.

But in fact, Elkhart County is known as the “Trailer Capital of the World,” thanks to its manufacture of one of every two RVs, or recreational vehicles, on the road today.

The story of how the mostly rural area gained such a following is simple. In 1931, a local named Milo Miller built a travel trailer to accommodate his family on his business trips. When Miller quickly sold that trailer and then a second, he began building travel trailers full time.

Wilbur Schult saw Miller’s trailers at the 1933 Chicago Exposition. Schult purchased Miller’s company in 1936 and built it into the largest trailer manufacturer in the world. Today, Schult Homes continues to build manufactured and mobile houses in Elkhart County.

As the sale of travel trailers increased, similar businesses sprang up in sheds and warehouses as local entrepreneurs caught on. One tavern owner used the garage behind his tavern to grow the company Skyline Corporation, which still exists today.

For a list of all RV manufacturers in Elkhart County and tour information, visit amishcountry.org/rv-travel/manufacturers.

Over the next several decades, hundreds of suppliers of parts for RVs – appliances, axels, plumbing, cushions and other parts of a mobile housing unit – became firmly established in Elkhart. 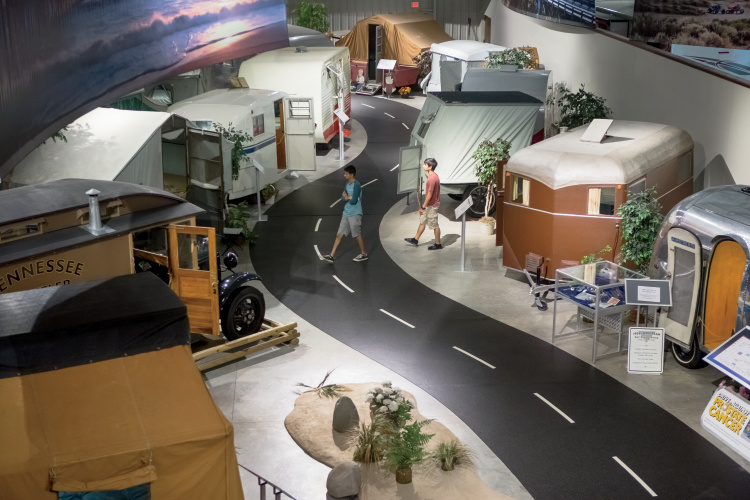 “In 2017, we will host 13 RV rallies with an estimated 2,800 RVs and more than 5,000 people from all over the United States and Canada,” says Kristy Ambrosen, marketing coordinator at the Elkhart County 4-H Fairgrounds. “We’re close to Amish country and other attractions in Elkhart County, which account for these being some of the largest RV rallies in the country.”

The park’s campsites are open year round and are fully equipped with complimentary wireless internet, restrooms, showers, electricity, water, picnic tables and more. However, most groups arrive between the months of April and October.

The park becomes a true international meeting of travelers, especially in October when one caravan of RVers uses the fairgrounds as a stopping-off point on its annual trek between Quebec and Mexico.

In addition to local shops and restaurants, visitors may stop at the RV/MH Hall of Fame and Museum. Jeff White, vice president and director of operations, touts the 90,000-square-foot building as one of special interest, especially for those dedicated travelers who believe RV could also stand for “Relaxing Vacation.” 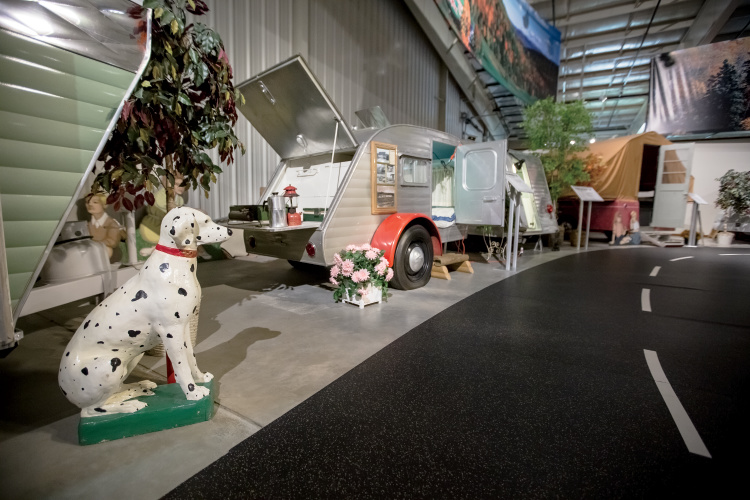 “As a locale dedicated to preserving the history of the RV and manufactured housing industries, we have added something for everyone,” White says. The RV/MH Hall of Fame and Museum contains classic early vehicles, such as a 1913 Earl Trailer and Model T Ford, believed to be the oldest non-tent travel trailer in existence.

Hollywood film buffs can view the 1931 Chevrolet House Car built as a gift for Mae West by Paramount Studios.

Ambrosen doesn’t see an end in sight for RV popularity in Elkhart County. “Ever since we began welcoming RVers to rallies in Elkhart in the 1970s, they have become a major part of our focus in this area,” she says. “We hope to continue to provide the wonderful RVers who visit us with pleasant experiences.” 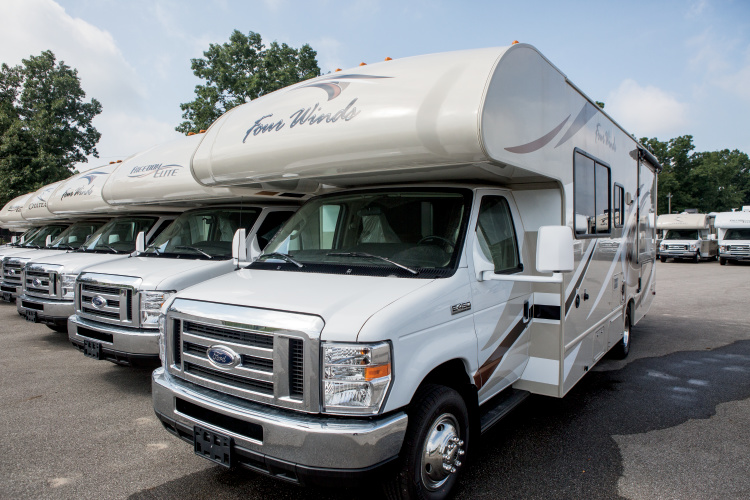