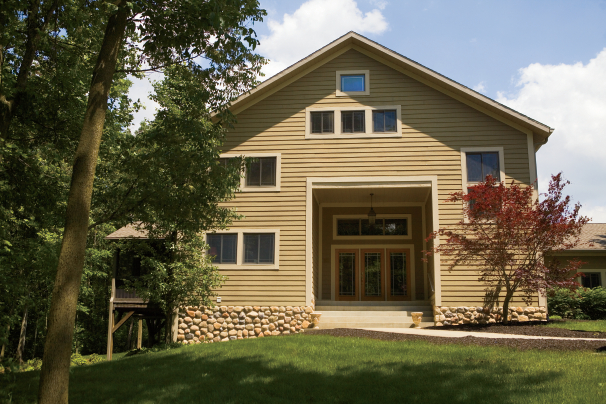 Old barns have been a part of Indiana’s landscape since farmers first settled the land, but the familiar icon of the state’s agricultural roots is disappearing.

While some barns have completely vanished, Dean Smith, owner of Frankfort-based Timeless Barn Co., has found a way to repurpose them while preserving their history. Today, Smith and his 11-person crew scout timber-frame barns to dismantle and rebuild into private homes or commercial spaces.

He stumbled into the business, much like the first barn he discovered.

Sometime in 1997, Smith was planning on building a log home for himself, but he couldn’t help but notice the country barns in his native Clinton County falling into disrepair. Stopping to take a look at one 1821 barn changed everything.

“Once I walked inside and looked at the timbers, their size, the hewing marks, the scribing of the joinery where the layout lines were, the craftsmanship and color of the wood, I knew what I wanted to do,” Smith says. 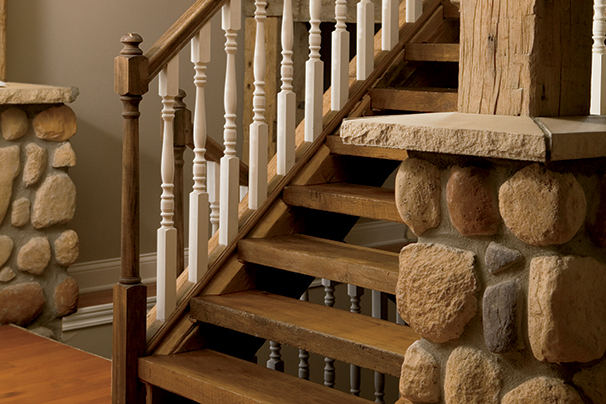 The barn had massive 16-inch timbers and in the 38-foot-by-42-foot great room, one middle post, hewn out of walnut and decorated with lamb’s tongue chamfers, held up the entire roof. He’s spotted those same details in three other barns he’s since repurposed, all within a couple miles of each other, which he believes were built by the same crew.

That 1821 barn became Smith’s home, which he restored and updated with modern conveniences including hot water, radiant-heat flooring and structural insulated panels. Along with his newfound fascination with timber framing, it was also the catalyst for his business.

“[Pre-Civil War barns] are some of the most magnificent structures ever built in America,” Smith says. “They didn’t have power tools, and it was all done by hand. They’re a historical tie to what was needed for survival, and from a craftsmanship standpoint, they’re unparalleled.”

Starting out with just one employee, Smith learned more about joinery by dismantling barns and finding out how the technique worked or didn’t. “There’s a lot to learn from what our ancestors did,” he says. 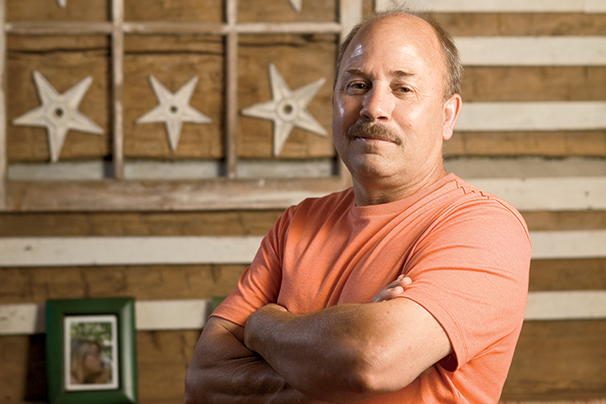 The Timeless Barn Co. was established in 2001 after Smith spent years working at his electrical union job and devoting his spare time to barns. In 2007, he partnered with Swiss Building Systems to expand his construction team.

“People I know will say, ‘There’s a barn falling down over there,’ but that’s not what we’re looking for,” Smith says. Good roofs, well-maintained foundations and bent sections that could meet modern building codes are high on his priority list.

Once Smith and his crew have a plan, they’ll strip the barn down to its framework, number each component, then take everything apart, peg by peg, in the opposite manner to which it was assembled, all while preserving the integrity of the barn wood.

“That sets us apart – we take care in handling the wood when we take it down,” Smith says.

The barns also provide a unique opportunity for customization, as well as recycling. “They’re very modular in the way they were built,” Smith says. “We’ll reuse a lot of the original joinery, and we’ll build a smaller, more custom home.”

One recent restoration project involved saving a barn on Lake Monroe from a bulldozer. Dubbed “the Hobbit House” because of its large round front door and crooked timber stairs, it was designed for trapeze artist Janet French. The home, which is mostly made of tulip poplar, also features a large iron ring made by a local blacksmith. The ring hangs from the ridge beam, where she can practice.

“It was her idea,” Smith says. “She does flips in her great room.” 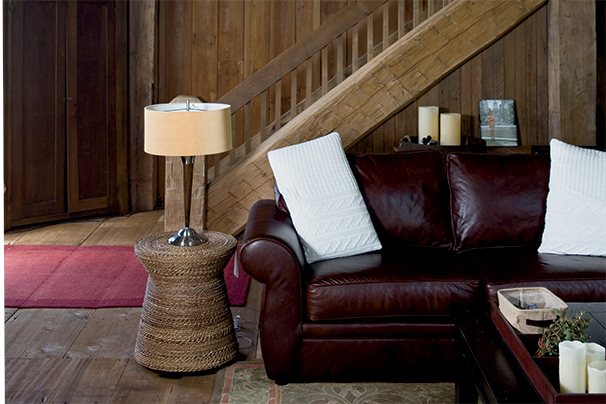 Creative reuse is another aspect of the business, as they’ll take timbers out of old barns and refashion them into trusses, ceiling grids or accent timbers. “We’re always left with extra short timbers that aren’t really usable, but we’ll use them to make furniture, bar tops, trim packages, even flooring. We try to recycle everything,” Smith says.

Timeless Barn Co. plans to do more custom homes and commercial work, which can include anything from a small, timber-frame, energy-efficient home to a pub in Ireland.

“We’re passionate about working with clients to make their dream a reality with what’s capable of an old barn,” Smith says. “We’ll scour the countryside to find these hidden treasures.”

TagsbarnsFrankfort Indianarestorationtimeless barn co.
← Previous Story
Be Ready When Storms Strike
Next Story →
2014 Winners of the Excellence in Agriculture Award