Family Finds a New Beginning in the Ashes After Tragedy

Missy Demaree of Canaan, Indiana, and her family had a rough 2017. In November, her husband of 36 years, Robin, passed away suddenly after a short illness. She was looking to start 2018 with a clean slate. Just a few months later, she’d realize just how literal that statement would be.

On April 10, 2018, Demaree, who was principal at Rykers’ Ridge Elementary in Madison, was at a parent teacher organization meeting when her daughter called her cell phone – more than once. “I didn’t answer right away since I was in a meeting,” Demaree said. “But when I did my daughter was frantic, saying they were trying to put the fire out. I told her to just get out of the house.”

By the time Demaree arrived home, firefighters were on the scene battling the blaze. Unfortunately, they were unable to save the house. All that was left of the house she and Robin had built together and raised their three kids in was a shell. Everyone, including the two dogs, got out safely. 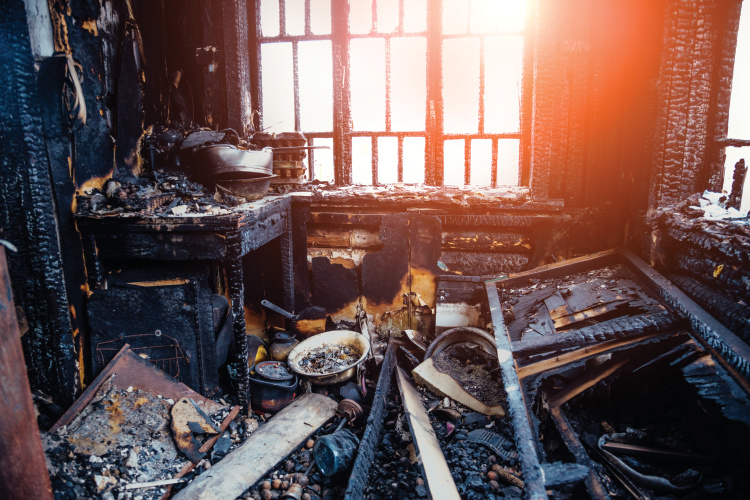 Demaree’s agent, Mark Smith, knew the Demaree family well. “I have nothing but good things to say about Indiana Farm Bureau Insurance,” Demaree said. “The night of the fire, I sent an email, and Mark emailed me back at 10 p.m. asking if I was safe, did I need a place to stay, what did I need immediately? His only concern was the safety of me, my son, daughter and her fiancée that were living in the house.”

See more: INFB Insurance Is Ready for the Unexpected

Smith got everything started that night and the next morning, property field claims representative Kellen Marshall arrived with a check for immediate expenses.

Though tragic, Demaree saw the fire as a sign that she could move on. The house she and Robin built together was destroyed and she literally needed to build a new life for herself. She didn’t have to sort through Robin’s things, throw anything of his away or donate it – she had a clean slate. She and Robin’s best friend, a contractor, have been rebuilding the house and Demaree is hands-on involved. The house is nearing completion.

“I remember the feeling I had the night of the fire, not knowing what to do, especially since Robin had passed away only four months prior,” Demaree said. “I was lost and broken and Indiana Farm Bureau Insurance stepped in and guided me through the process and was there for me any time I needed them. It was like they were family.”