This Urban Indiana Farm is Making “Micro” a Big Deal 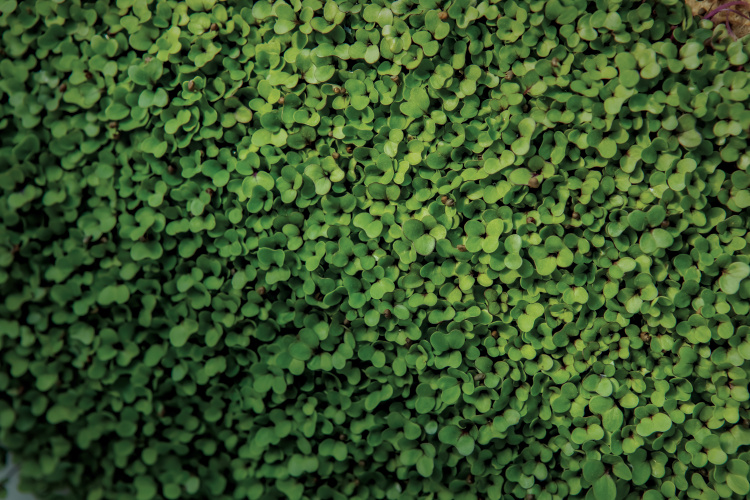 Super Micro Greens, an indoor farm in downtown Indianapolis, is seeking to elevate microgreens from the status of garnish to ingredient at the heart of American meals while building farm-to-plate transparency along the way.

Microgreens, edible seedlings of vegetables and herbs, are harvested 14 days after germination rather than at the plant’s full maturity. The young harvest yields micro-size, nutrition-packed sprigs of broccoli, peas, basil, radish, cabbage and carrots, among other offerings. In a facility located in the former Pepsi warehouse on New York Street, the employees at Super Micro Greens clip the greens just above the roots from soil-less trays under growing lights. 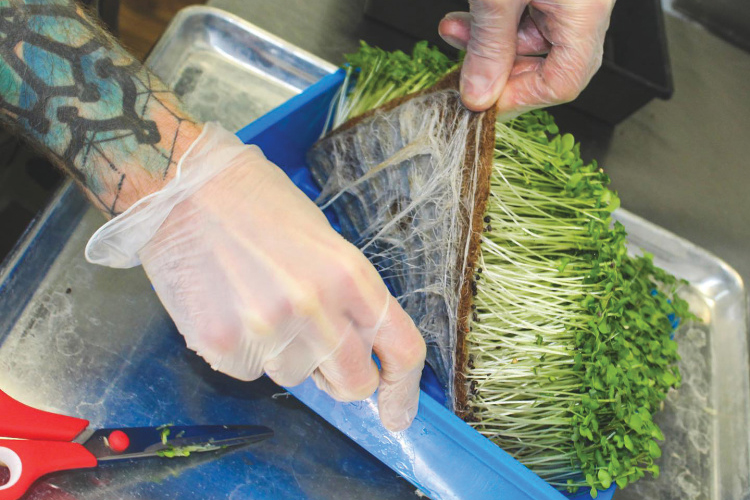 “People ask, ‘What is that? How do I eat it, and how would I use it?’” says Jesse Hershberger, executive chef and chief operating officer of Super Micro Greens. (He suggests using them in salads and smoothies.) “It’s the same vegetables you are already eating. It looks different and tastes fundamentally different in flavor. It takes some education.”

The nutritional value is one of the prized selling points, as microgreens carry a nutrient density between four and 40 times that of their full-grown counterparts, says Ian Mott, company founder and chief executive officer. Two ounces of micro peas would yield the same nutritional value as 8 ounces of traditional peas. Even more concentrated, 1 ounce of micro red cabbage delivers the same protein as 40 ounces of fully mature red cabbage, he says.

Mott founded Super Micro Greens on a vision that goes beyond his products’ nutritional value. He left a well-paying technology career to develop the means to enhance transparency in the food industry by developing farm software that tracks food from source to table. 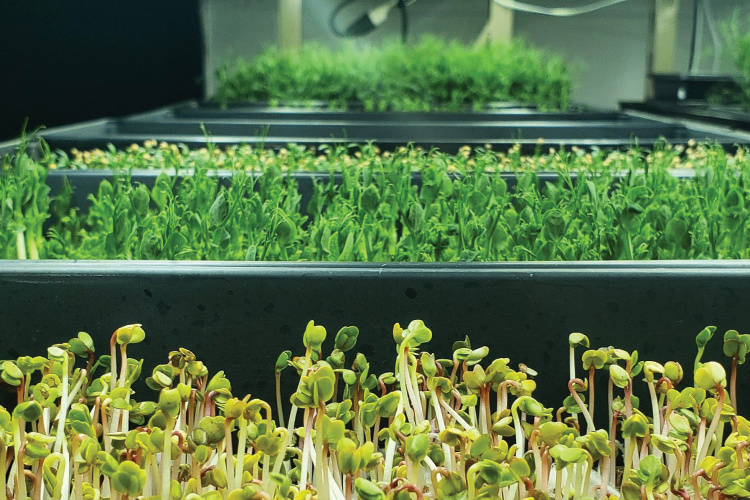 “I wanted to invest in myself and in the future,” says Mott, a member of the Marion County Farm Bureau board. “I started personally looking into food, food access and the information that I could get around the food I was consuming. I found a lack of transparency and detail, and I saw that as an opportunity. I had this vision of creating a simple software platform of methods and practices to allow people to know what they were eating and what happened at every stage of the process of the food they were consuming.”

The company’s Super Farm Software offers real-time traceability, manages inventory, tracks plantings and harvests, records treatment methods, and generates reports on farm metrics. In addition to microgreens, the product caters to starter plants, plant cloning and grafting, which are commonly used in a wide range of agricultural sectors from urban and large-scale agriculture to forestry and other plant-related industries.

See more: Get Up Close and Personal with Adorable Alpacas in Peru, IN

The Super Farm Software from Super Micro Greens is designed to work well with its growing systems, ideal for at-home and small-scale commercial production of microgreens and starter plants. Even on a small scale, growers can quickly produce large volumes of nutritious food while in a controlled indoor environment. In lieu of soil, the kits include trays lined with jute growing mats.

The company markets its hardware and software products online, along with its at-home and educational kits, which offer schools the curriculum and materials to teach a module on growing microgreens. 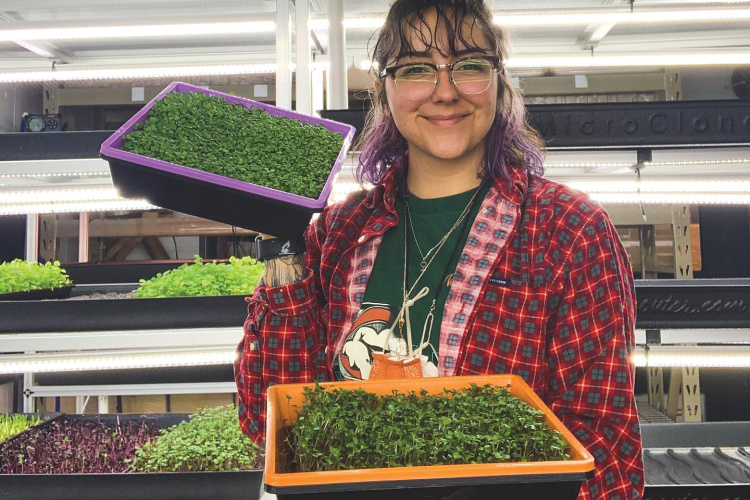 “Education has been one of our biggest hurdles, which is why we started education with kids,” Hershberger says.

New marketing strategies also intend to reach adults, helping them see these flavor-packed greens as more than a garnish. Super Micro Greens recently partnered with PROX, an Indianapolis-based salad producer, to incorporate nutrient-dense microgreens in a power salad and smoothie. 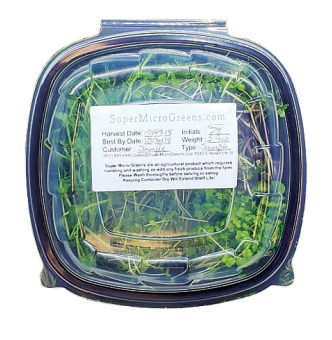 Super Micro Greens has grown annually since its start in 2015, with a recent revenue gain of 14% from 2019 to 2020. During 2020, the urban farm produced 690 pounds of microgreens for distribution to hotels, restaurants and directly to consumers through in-person and online farmers markets. To eliminate waste, the independently funded company donates excess greens to Second Helpings, a nonprofit addressing food rescue, hunger relief and culinary job training in central Indiana.

“Our five-year goal is to have as many farms using our technology, including software and hardware practices, as possible,” Hershberger says. “The point is to make sure growers are able to be profitable, sustainable and provide microgreens to their community transparently.”